American exchange student Amanda Knox was set free on Monday and is giving People an inside look at her life behind bars. 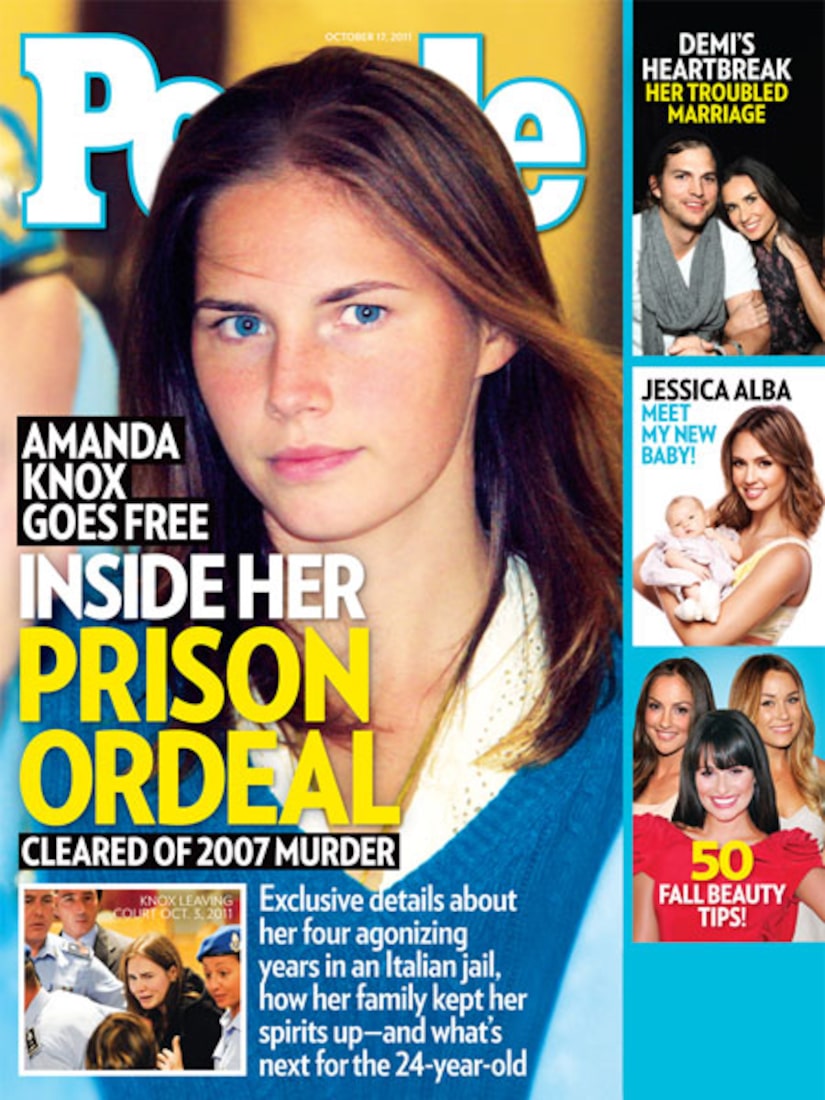 According to the article, Knox, who spent four years in an Italian prison after being convicted of brutally murdering her roommate, Meredith Kercher, spent 22 hours a day inside an 18-ft.-by-13-ft. cell she shared with at least one inmate. Sometimes the tiny space would be occupied by up to three other inmates.

Amanda's mother, Edda Mellas, revealed her daughter's daily routine while locked up, saying, "Amanda would wake up early, make herself coffee, and then go out for one of her two hours of outdoor time."

A strong athlete who enjoys rock climbing, Knox exercised on the concrete courtyard by walking, and did sit-ups and push-ups in her cell. Although she tried to stay fit, the 24-year-old lost a significant amount of weight in prison, going from a size six to a zero.

The Seattle-based student kept a journal, logging her four years behind bars -- and says Italian prison chief Raffaele Argiro was "obsessed" with her sex life and was reportedly "fixed on the topic of sex -- who I'd done it with and how I liked it," according to Daily Mail.

While the scars of her prison days need time to heal, speculation from the media points to Knox turning her story into a lucrative movie and book deal. Amanda and her family face the challenge of repaying more than $1 million in legal debts her family accrued over the last two years.

Amanda's life was turned around on Monday when an Italian appeals court threw out her murder conviction and freed her. Knox is now back home in Seattle.