The two were apparently attending the wedding of one of their friends and decided to do the deed as well, says TMZ, after obtaining a marriage license. 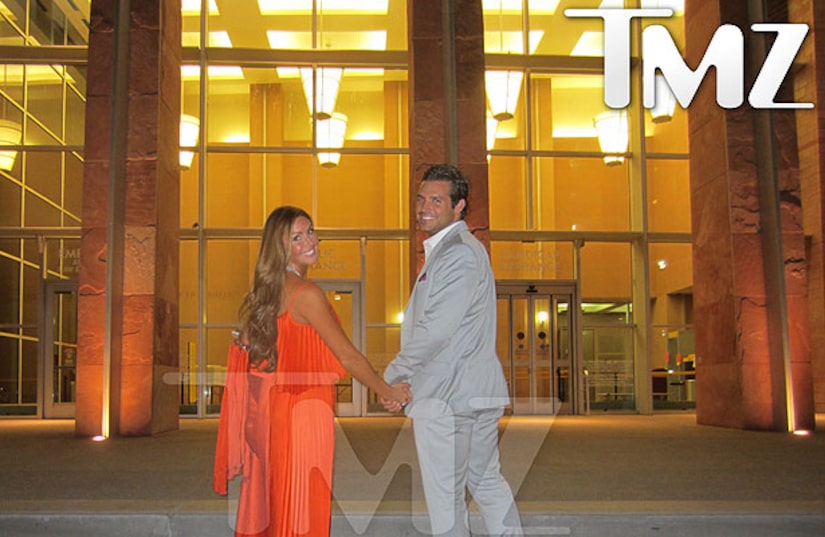 In front of 12 friends, Uchitel and Hahn said their vows at the time-honored Las Vegas quickie marriage establishment, the Little White Chapel, and danced out of the famous building to the song, "That's What You Get for Waking Up in Vegas."

Uchitel -- infamous for her fling with Woods and a reported $10-million settlement -- was married in 2004 and divorced a year later. Before that, she lost her fiancé in the 9/11 attacks.