Rock star Axl Rose of Guns N' Roses has packed on the pounds. 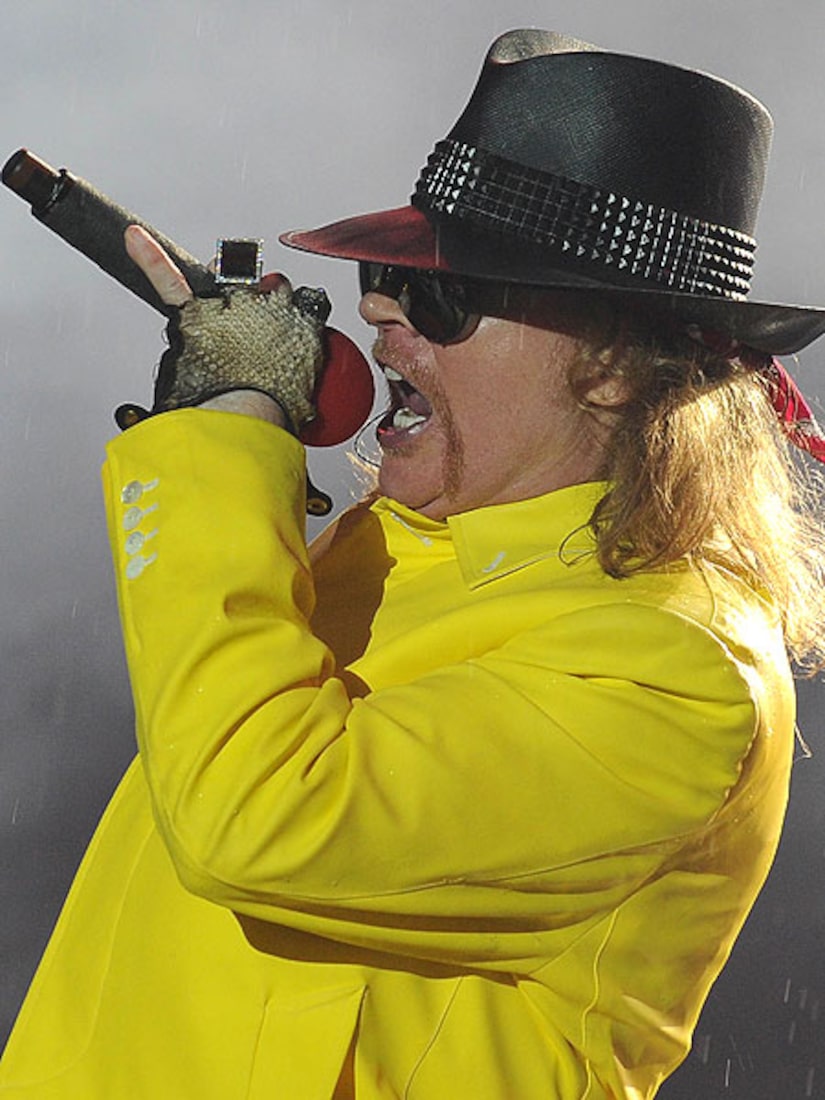 Judging from his concert in Brazil Monday night, the band's frontman was almost unrecognizable as he took the stage at the Rock in Rio music festival. The 49-year-old appeared in front of the crowd wearing a bright yellow trench coat, black hat and dark shades in an attempt to hide his enlarged figure. 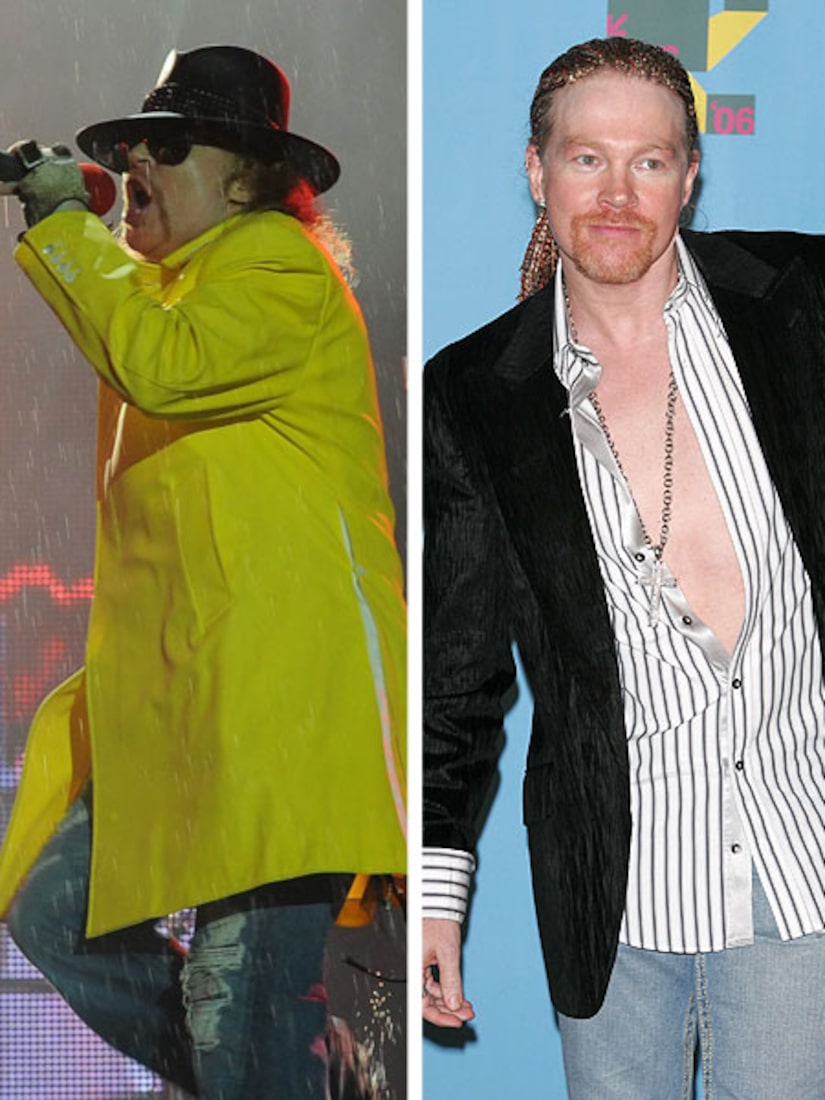 According to the Daily Mail, in an article titled "Sweet Pie of Mine!" said the rocker has gained a significant amount of weight in the last year, sparking concern among fans who first noticed his increasing size last January.

Before the performance, Rose told fans he was concerned about the rain, and said, "Good evening... good morning! Please bear with us and give us a little second here to figure out what to do about not falling on our asses."

The band sang their classic favorites, "Sweet Child of Mine," "Live and Let Die," and "Welcome to the Jungle." Guns N' Roses will begin their new tour in Orlando October 28.