Elizabeth Hurley and Shane Warne are getting married. 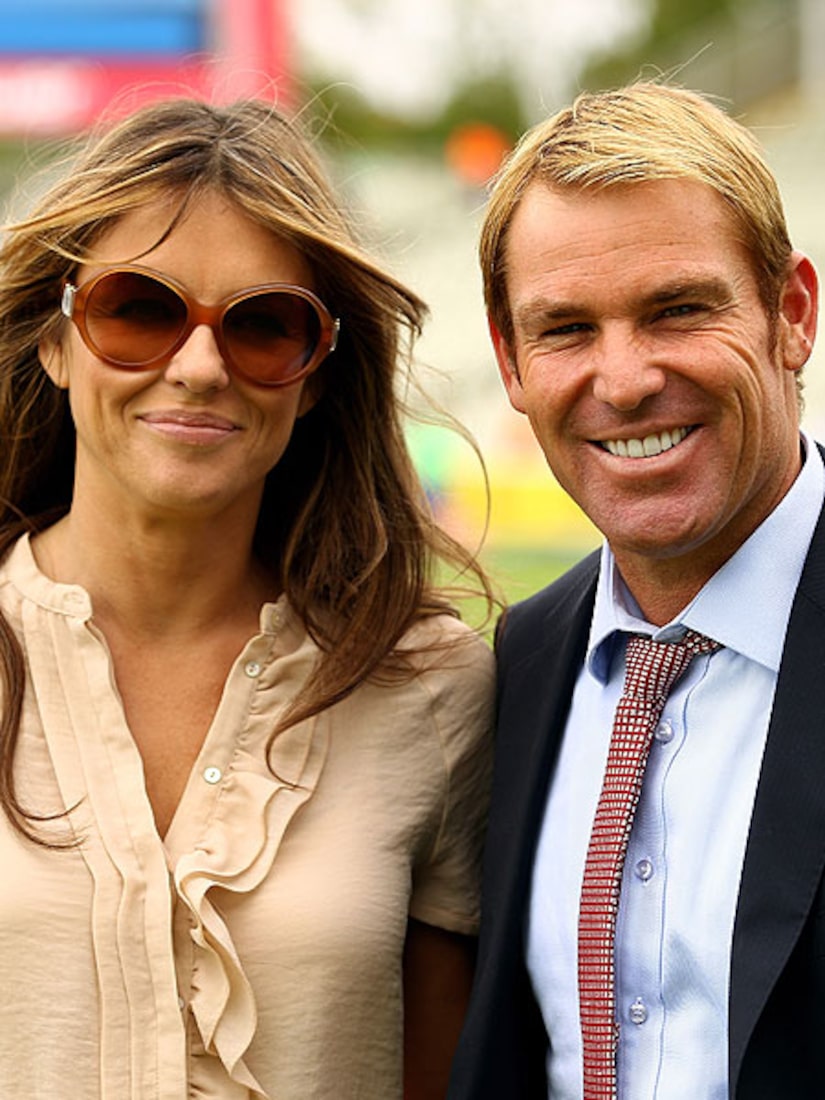 The actress and former cricketer got engaged during a trip to St. Andrews in Scotland and the bride-to-be took to Twitter, writing, "Thanks for all your congratulations."

Shane, 42, proposed to Elizabeth, 45, during dinner, snapping a photo of the both of them moments before popping the question and sharing it on Twitter. Warne gave his fiancee a giant sapphire ring with two diamonds on either side, according to Daily Mail.

The Australian cricketer and the British bombshell began their romance last December, after being outed by a London newspaper that published photos of them kissing. Warne and Hurley were both married at the time and when it went public, Hurley revealed she was separated from her husband, Arun Nayer. She filed for divorce four months later.

Elizabeth has a son from her previous relationship with producer Stephen Bing. Warne has three children with his ex-wife Simone Callahan.