The words comedy and cancer don't usually go together, unless you're talking about Will Reiser's new film, "50/50," starring Joseph Gordon-Levitt and Seth Rogen.

Inspired by Reiser's personal battle with spinal cancer, his good friend Rogen talked about dealing with the serious subject matter, saying, "We just treated it honestly. We knew it wouldn't come across as insensitive because it's real." 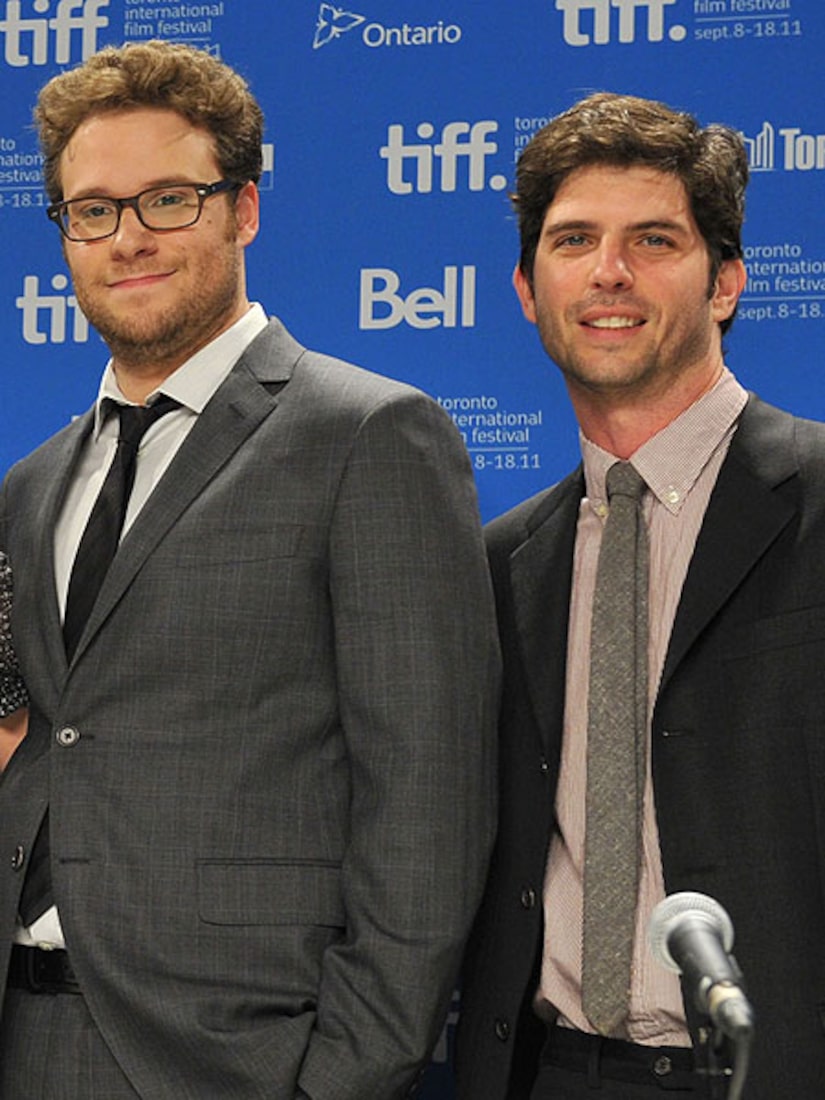 Will, who also wrote for the film, told "Extra's" Jerry Penacoli that "Seth was there with me throughout the ordeal." Rogen added that "in a way" it was his story too, "because I was friends with him throughout the whole life story."

Reiser, who is now cancer-free, revealed he introduced his pal to a very special person, saying, "I introduced him to his fiancée [Lauren Miller] while I was sick, and she's now going to marry him."

"50/50" originally starred James McAvoy, but the "X-Men" actor left production due to a family emergency, and was replaced by Gordon-Levitt, who is seen shaving his head in the film's posters.

Both Reiser and Rogen are honored to that special screenings are being presented by Stand Up to Cancer -- a charitable program of the Entertainment Industry Foundation, established by Hollywood players who have been affected by cancer.

To find out more about Stand Up to Cancer, go to StandUp2Cancer.org.