Casey Anthony, America's most hated woman, is "hiding out in fear," broke, unemployed and is still not talking to her family, according to People. 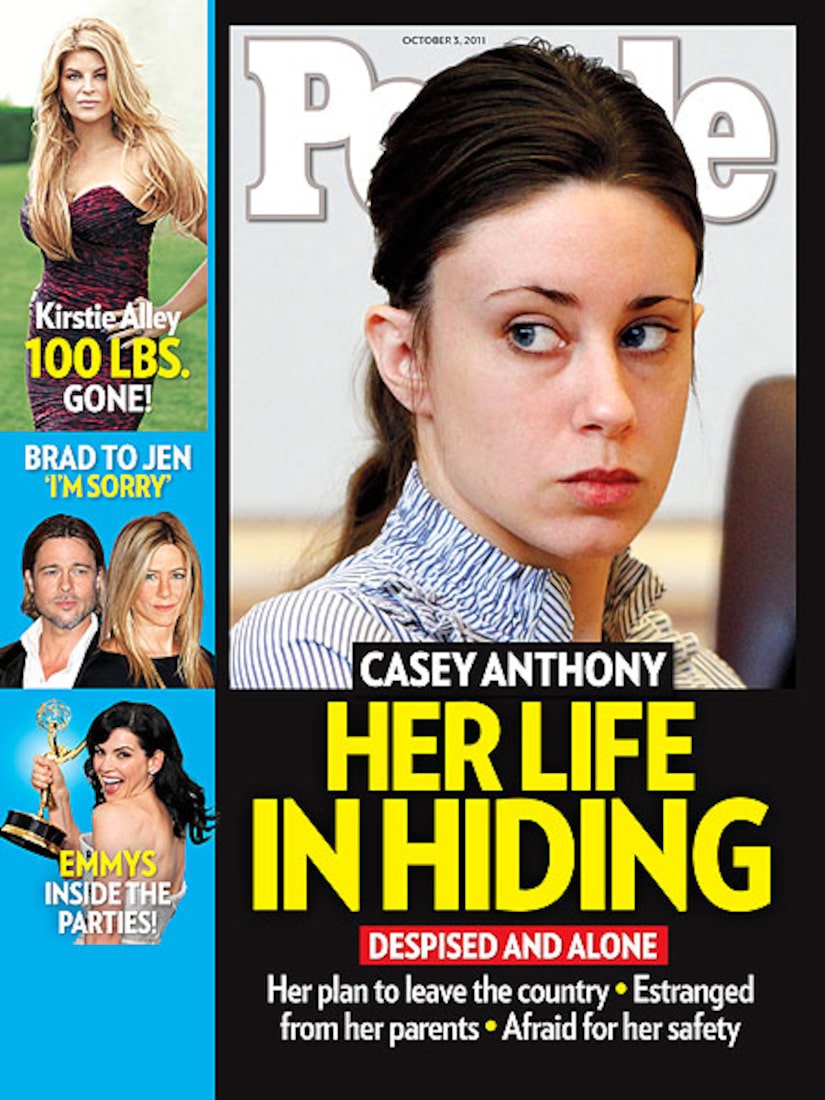 Anthony, currently hiding in Florida, may leave the US after finishing her probation next year. According to a source, the "tot mom" is taking language courses because "she realizes she may have to live in another country."

The insider continued, "She would love to go out and meet friends and do public things, but she knows she can't."

Nancy Grace Says Certain Someone Won't Vote for Her on "DWTS"

Casey, who has not given any interviews since she was acquitted of Caylee's murder in July, is meeting with a grief counselor and a psychiatrist and has "started to learn and recognize her lies and what they did to people. She has a lot of regrets," says the source.

Casey received many angry letters, including dozens of greeting cards on August 9, which would have been Caylee's 6th birthday.