The TLC show "Toddlers & Tiaras," which takes you behind the scenes at child beauty pageants, is under fire again. 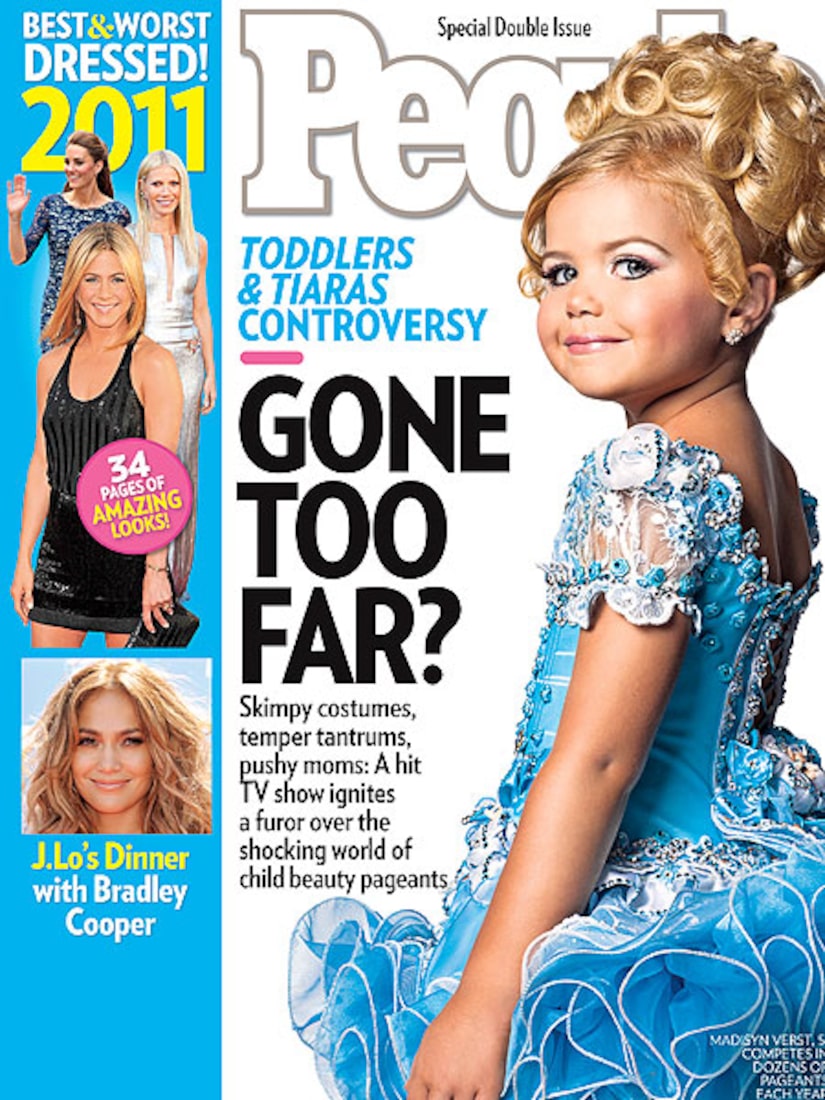 The recent controversy centers on show footage of 3 and 4-year-old little girls dressed in suggestive adult costumes. One girl was dressed as Dolly Parton, complete with padded bra, and another as Julia Roberts' streetwalker from "Pretty Woman." Many are crying foul that this industry is "sexualizing" young girls.

Sichel also said the way parents prepare their children for these beauty competitions (padding, fake hair, fake teeth, spray tans) "causes the children tremendous confusion, wondering why they are not okay without those things."

Pageant parent Wendy Dickey defended her choice to dress her daughter Paisley, 3, as Julia Roberts, telling People the look was "tasteful and funny." She was surprised by the negative feedback. "If I knew there would be a reaction like this, I never would have used it. Next time, she'll be dressed as an angel."

Another mom, Juana Myers, whose daughter MaKenzie has been featured on "Tiaras," said unfair scrutiny has been placed on the pageant industry. "If this were a sport, no one would question it. This is her sport."