Actor Charlie Sheen seems to finally be calming down after six months of "tiger blood" and "winning" craziness, which resulted in him being axed from his hit CBS show, "Two and a Half Men." 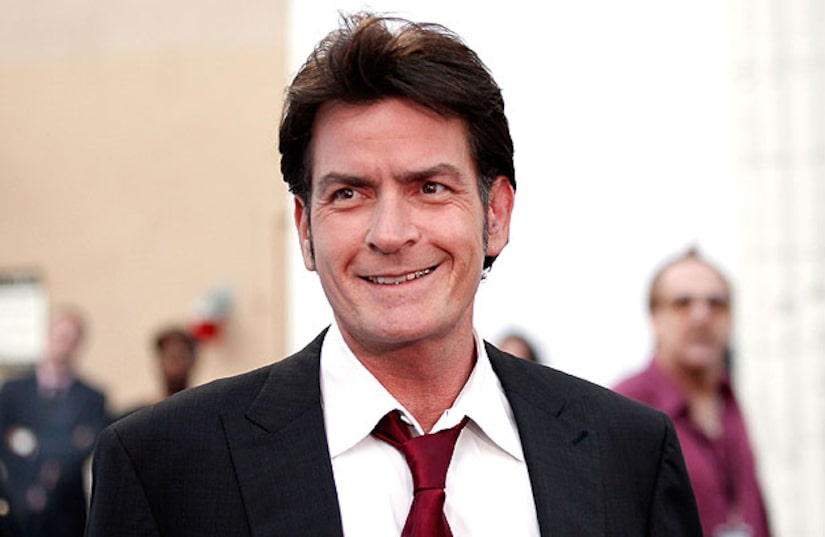 Talking with "Today" host Matt Lauer, Sheen confessed he wasn't quite sure where it all came from. "It was like being shot out of a cannon into another cannon and then being just shot out of that one. It was like from one moment to the next I didn't know what was going to happen. It was pretty exciting."

The TV star added, "It was one of those things where the planets were aligned, perfectly or imperfectly. I said some stuff and then it caught such traction globally and instantly that I couldn't really put out the fire. I had to keep fueling it."

Sheen said he's sober - and is learning to enjoy a simpler life, especially reconnecting with his four children. "That's where the life is, you know, it's in those quiet moments. It's not the giant TV deal or the big party or the award or whatever; it's the memory of your child's smile at the end of the day that sort of brings that one lonesome tear."

Meanwhile, "Men" star Jon Cryer told Ellen DeGeneres he hasn't spoken to his former co-star since Sheen called Cryer a "troll." Cryer said, "We have not spoken. And, I will accept an apology both public and private. But again, it was in the heat of the moment, I imagine, when he said... so I did not put a whole lot of credence in it at the time."

Cryer did say he was concerned about Sheen's mental health. "Mostly I was worried that Charlie was going to die. That was the big fear for me. And that did not occur and I'm thrilled about it."

The "Today" interview with Sheen airs Friday. His re-emergence coincides with the airing of a Comedy Central roast of him Monday, the same day that Ashton Kutcher debuts as Sheen's replacement on "Two and a Half Men."