Newlyweds Kim Kardashian and Kris Humphries are currently on a mini-honeymoon on the Amalfi Coast of Italy, but their official honeymoon is still in the works, according to People. 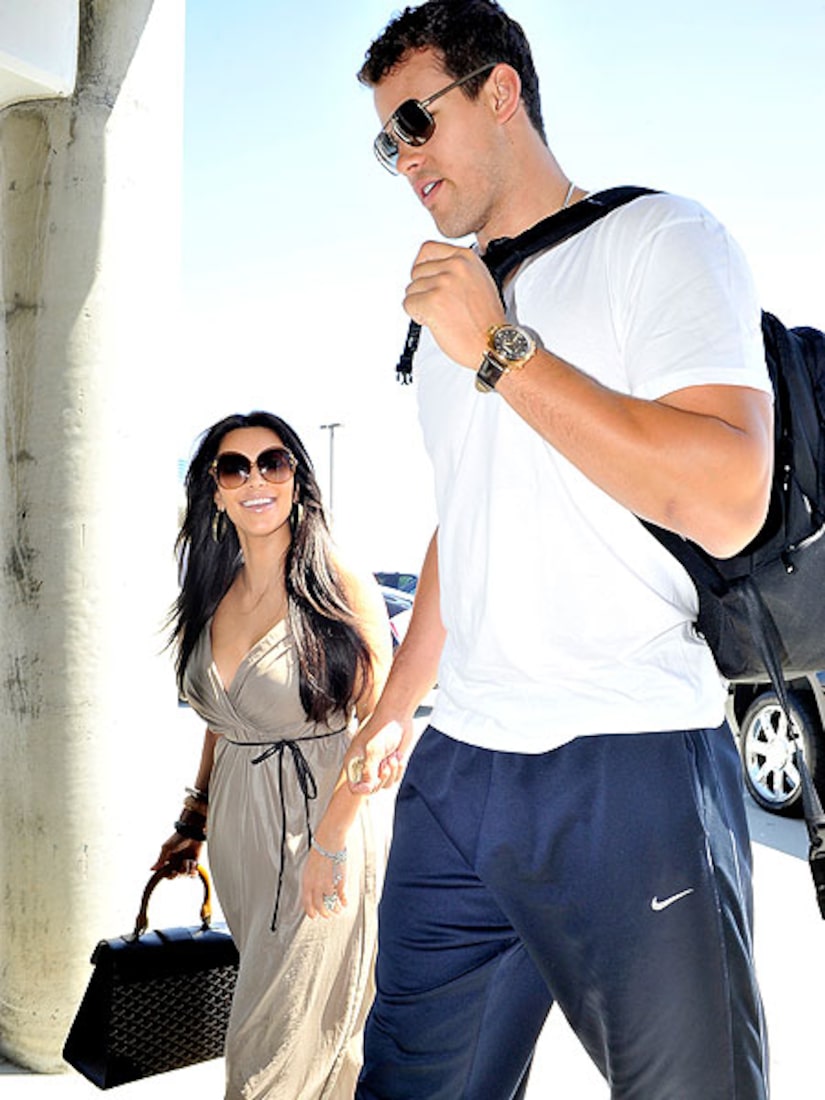 "We want to take our big honeymoon later," the reality bride said. She added that the destination will "definitely be tropical."

The pair, who originally said they would not be taking a honeymoon, decided to make an impromptu trip to Europe anyway, and was spotted dashing out of LAX earlier this week. The trip will soon be over, as Kim is due in NYC to begin filming the second season of "Kim & Kourtney Take New York." Kim is also expected to attend the MTV Video Music Awards in L.A. on Sunday.

Kim later denied cutting her honeymoon short via Twitter. "Absolutely not true! Where do people come up w this!!!"

The two seem to be enjoying Italy, where they were seen kissing on a lounge chair and having breakfast on the terrace of their Capri hotel.