ESPN reporter Erin Andrews and "Cougar Town" star Josh Hopkins are a hot new item, according to the National Enquirer. 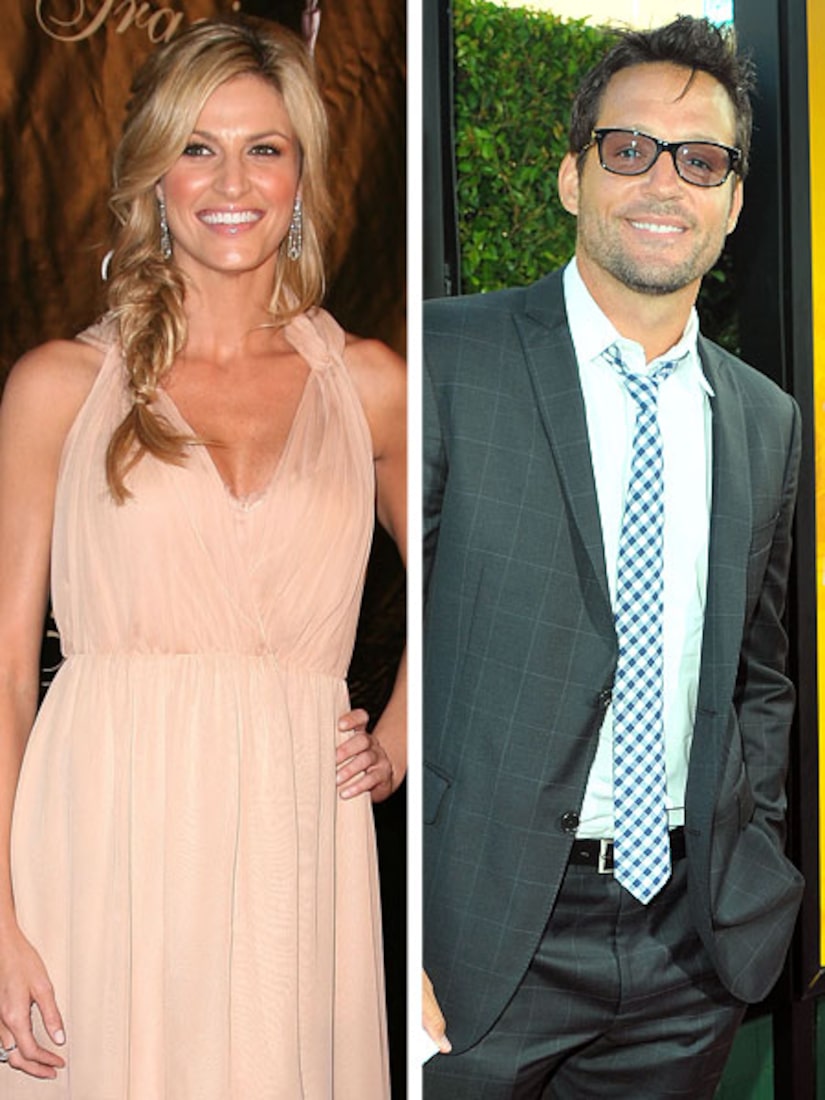 The two were spotted over the weekend in Chicago at the music festival Lollapalooza, holding hands and looking very "comfortable" with each other.

The Enquirer reports that the romance between Andrews and Hopkins began months earlier, with a source saying, "Josh has been totally smitten with Erin for a while. He's a huge sports fan, and so is she."

The source revealed their romance began on Twitter. "Josh began sending Erin tweets saying that he wanted her to think he was cool, and before you know it, they were in love!"

According to the tabloid magazine, the two are "taking it one day at a time" and are very happy.