Laying low, spending time with son Louis, and throwing herself into various film projects has reportedly helped Sandra Bullock to bounce back from her divorce.

"The Proposal" star is on the cover of the latest People titled, "How Sandra Got Her Groove Back!" 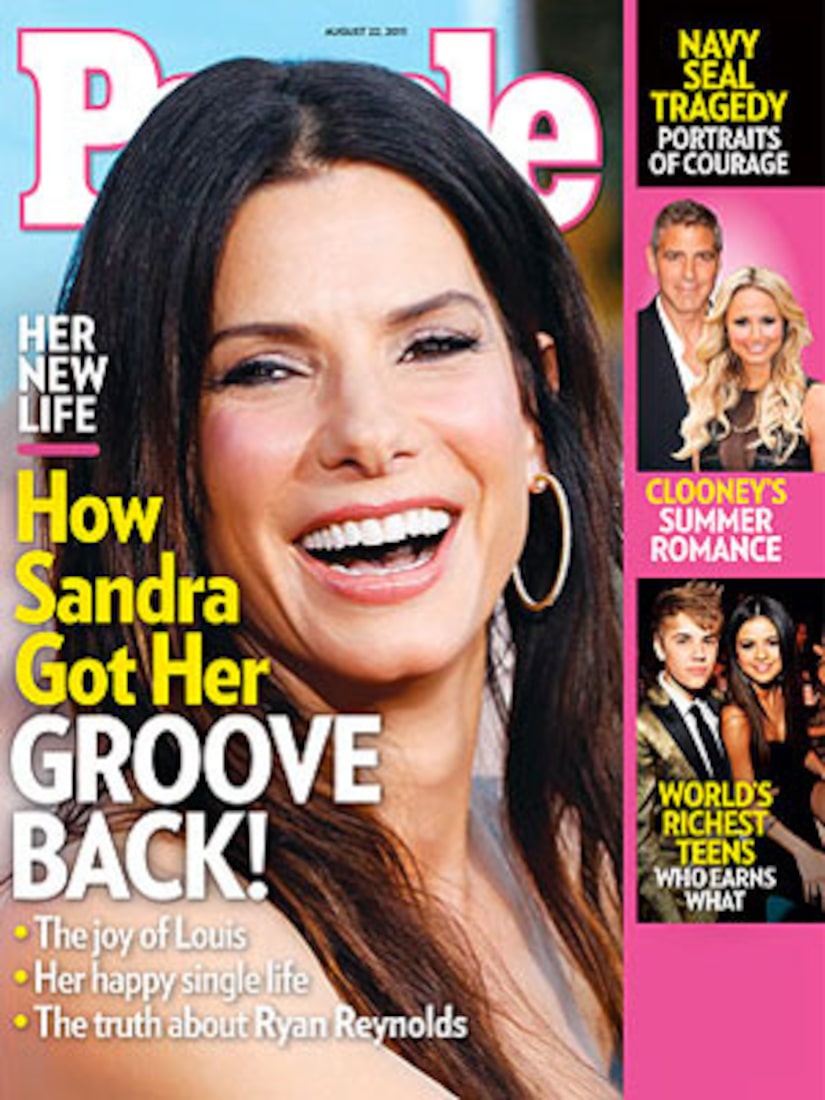 The brunette beauty, who was rumored to be dating Ryan Reynolds, has only one man in her life... 19-month old baby, Louis, whom she calls her "Cajun Cookie." Sources at People told "Extra," she and Reynolds are simply good friends and that "they are really like brother and sister."

Stephen Daldry, who directed the actress last fall in "Extremely Loud and Incredibly Close," revealed, "She was very keen to get back to work. She threw herself in with her usual enthusiasm and energy, and she was very relaxed."

He continued, "She had little Louis with her, and it was a very familial environment on set."
Bullock also recently wrapped the astronaut drama "Gravity," co-starring George Clooney.

The 47-year-old passed the one-year mark of her divorce from Jesse James in April, and it seems Sandra's toughest times in her life are over.

Pick up the latest issue of People, on newsstands Friday.