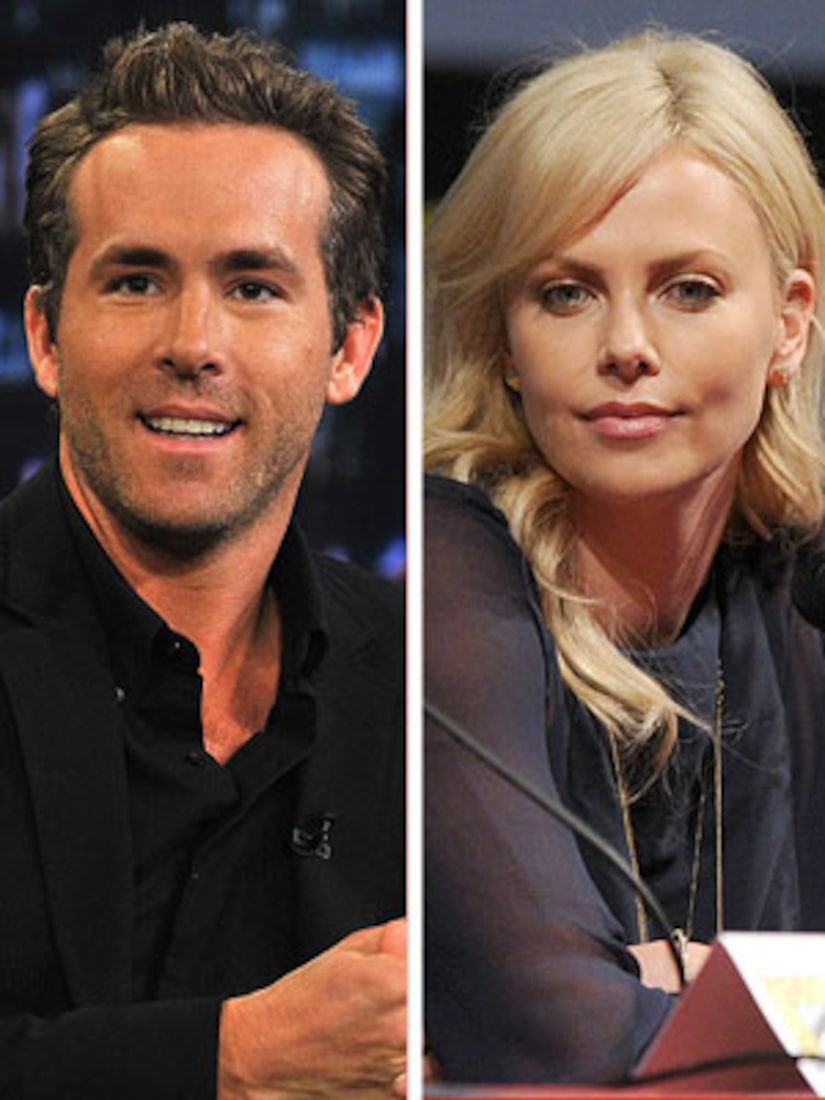 "The Change-Up" star Ryan Reynolds split with girlfriend Charlize Theron in late July, according to Us Weekly. That was fast.

A source tells magazine, "He only wanted something casual, but she's in a rush to settle down, have kids and start a family since she's getting older." Charlize is 36, he's 34.

"She [Charlize] didn't take it very well when he broke it off. She knows deep down that it wouldn't have worked, but she is pretty bummed out about it all," the insider adds.

Charlize and Ryan are no strangers -- they used to be neighbors and met years ago, but recently realized they were attracted to each other from the start. As is the case with many high-profile stars in Hollywood, their conflicting schedules made it a challenge to spend time together. Theron's pal reveals, "They were hardly together anyway."

The pair managed to keep their affair a secret until early June, when Reynolds was spotted leaving Theron's Malibu home.