New photos of Casey Anthony surfaced this past weekend, showing the 25-year-old in a shopping area in Ohio, reports TMZ. 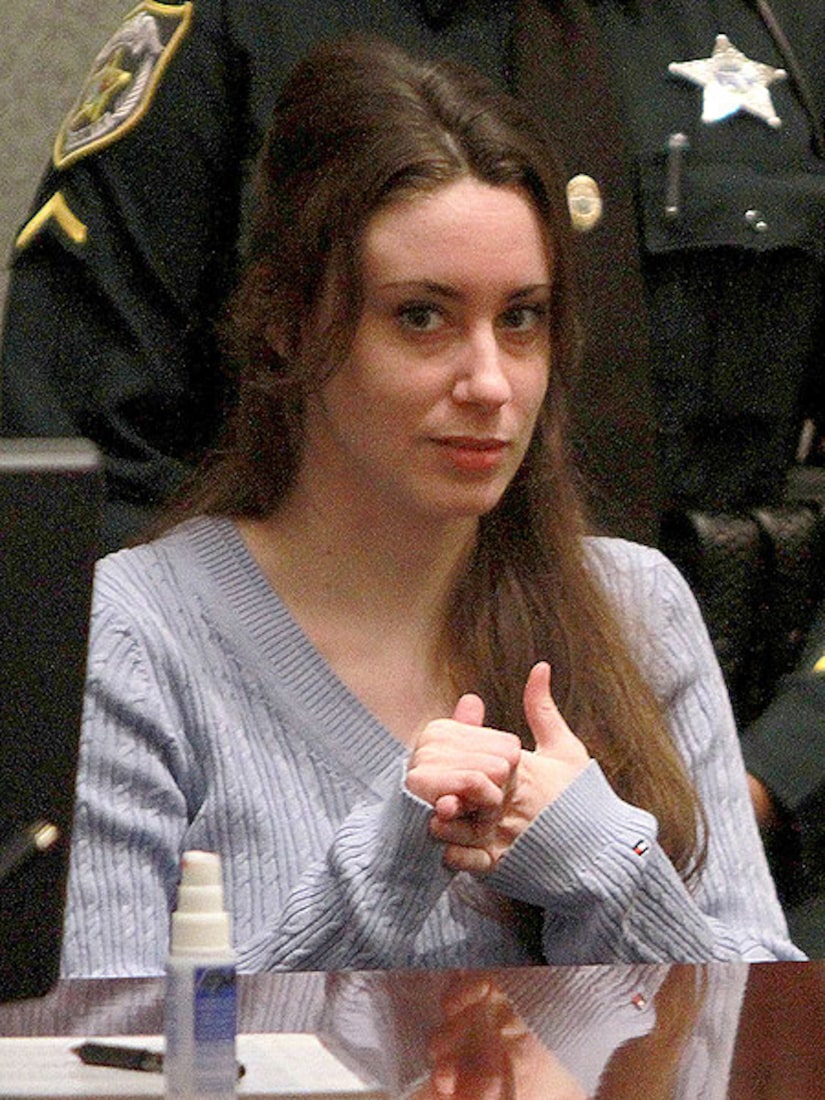 Anthony, walking around solo, was spotted wearing an Ohio State University baseball cap, glasses, plain t-shirt and jeans as she browsed inside the local Old Navy. Other photos showed Casey texting on her phone and sipping on a Starbucks beverage.

There is speculation that Casey is most likely hiding out with relatives who live in the area, but no one knows for sure. Since Anthony's release from jail, sources close to the brunette say she's been traveling around the country.

Although Casey's camp said she plans to seek treatment for mental issues, it has yet to be determined when and where that will take place.

In other Casey news, Anthony's defense attorney Cheney Mason is currently fighting to block an attempt to send her back to Florida as part of her probation for an old check-fraud case, unrelated to the murder of Caylee Anthony. Back in 2008, Casey admitted to fraudulently using her best friend's checks to purchase more than $400 of clothing and groceries.

Casey's lawyers argued that sending her back to Orlando could put her life in jeopardy. In the emergency motion that was filed, Cheney wrote: "Any requirement that she return to Orange County (would) put her in great peril, as well as impose a significant cost to taxpayers."

UPDATE: According to the Associated Press, Casey will not have to return to Orlando on Thursday after all. An assistant in Judge Belvin Perry's office said a hearing regarding the check-fraud case has been scheduled for Friday. The 25-year-old could still be ordered to serve probation, but that is to be determined at the hearing.

Mason pointed out Anthony had already served her probation while in jail during the murder case and that the judge's ruling in the check-fraud case had a number of technical errors in ordering Miss Anthony back to Orlando.

UPDATE: A state corrections official announced that Casey has been ordered to return to Orlando by 10:00 AM on Thursday to report to the probation office. Judge Strickland ordered Anthony to serve out her one-year probation after she was released from jail -- not while she was waiting for her murder trial behind bars.

Florida Dept. of Corrections spokeswoman Gretl Plessinger said they will enforce the judge's order and Casey will have to report to the Orlando intake office no later than 10:00 AM. Anthony will have to provide a specific address where she will reside -- and this address will become public record. She will also need to look for a job.