Following in the famous footsteps of Bette Midler, Jacqueline Kennedy Onasis and Vanna White - who all filed lawsuits against brands using their look-alikes in advertisements, Kim Kardashian is suing clothing company Old Navy for $20 million. 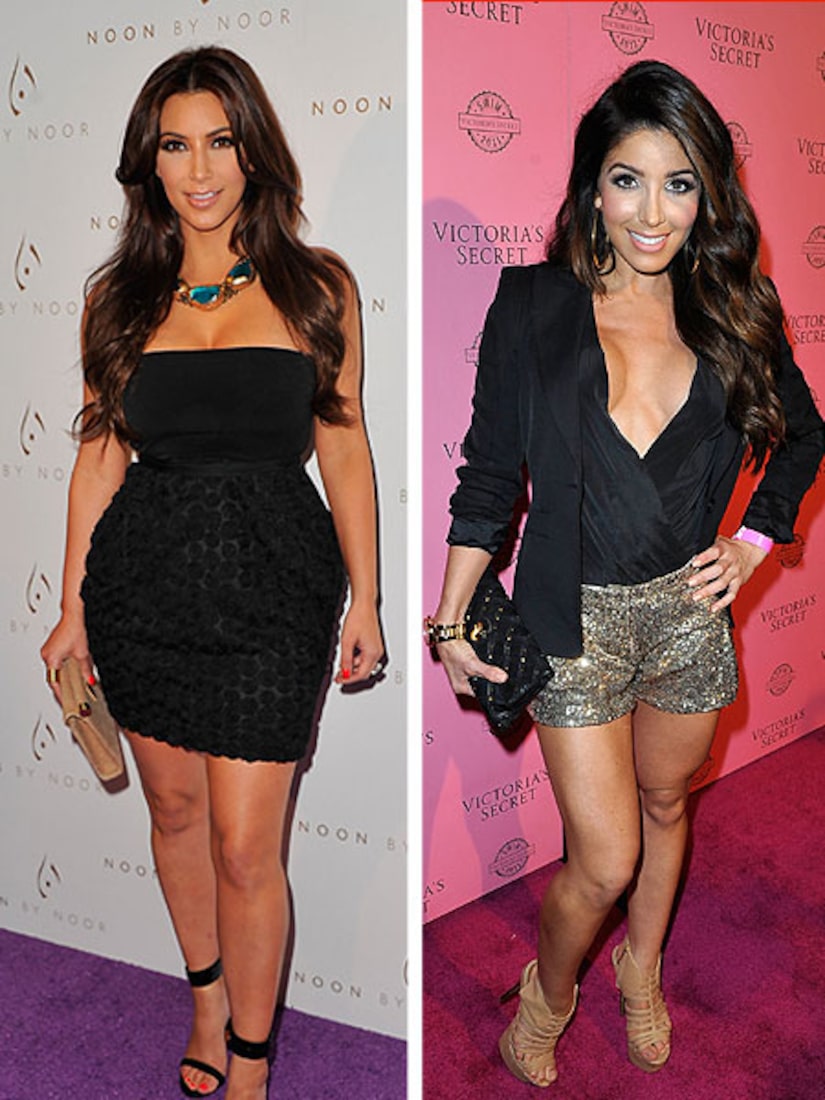 The 30-year-old reality starlet believes the bargain brand intentionally featured a model, who could probably pass for a fifth Kardashian sister, in one of their commercials.

Besides their similar good looks and closeness in age, the 29-year-old model, Melissa Molinaro, has a lot in common with Kim. Molinaro got her start in reality shows and is, coincidentally, dating Kim's ex-boyfriend, footballer Reggie Bush.

Kardashian's rep released the following statement: "Old Navy launched a multimedia advertising campaign featuring television and online ads that misappropriate Kardashian's likeness in the form of a celebrity look-alike, and styled the infringing ads to evoke Kardashian's identity and persona... Kim Kardashian is immediately recognizable, and is known for her look and style. Her identity and persona are valuable. When her intellectual property rights are violated, she intends to enforce them."

Kim Kardashian was born in Los Angeles on October 21, 1980 and is the daughter of late attorney Robert Kardashian and Kris Jenner.She is the second oldest of four, with older sister Kourtney and younger siblings Khloe and Robert.

In 2000 Kardashian married music producer Damon Thomas. They divorced in 2004.

Kim was partnered with Mark Balls on season 7 of "Dancing with the Stars," but was the third contestant voted off.

She rarely drinks alcohol, but when Kim does she enjoys sipping on a White Russian cocktail.