They shared seven years of marriage, two kids, and even a reality show. What went wrong between Jennifer Lopez and Marc Anthony? "Extra" is breaking down the clues behind their split -- and how much is at stake for the power couple -- reportedly worth almost $200 million. 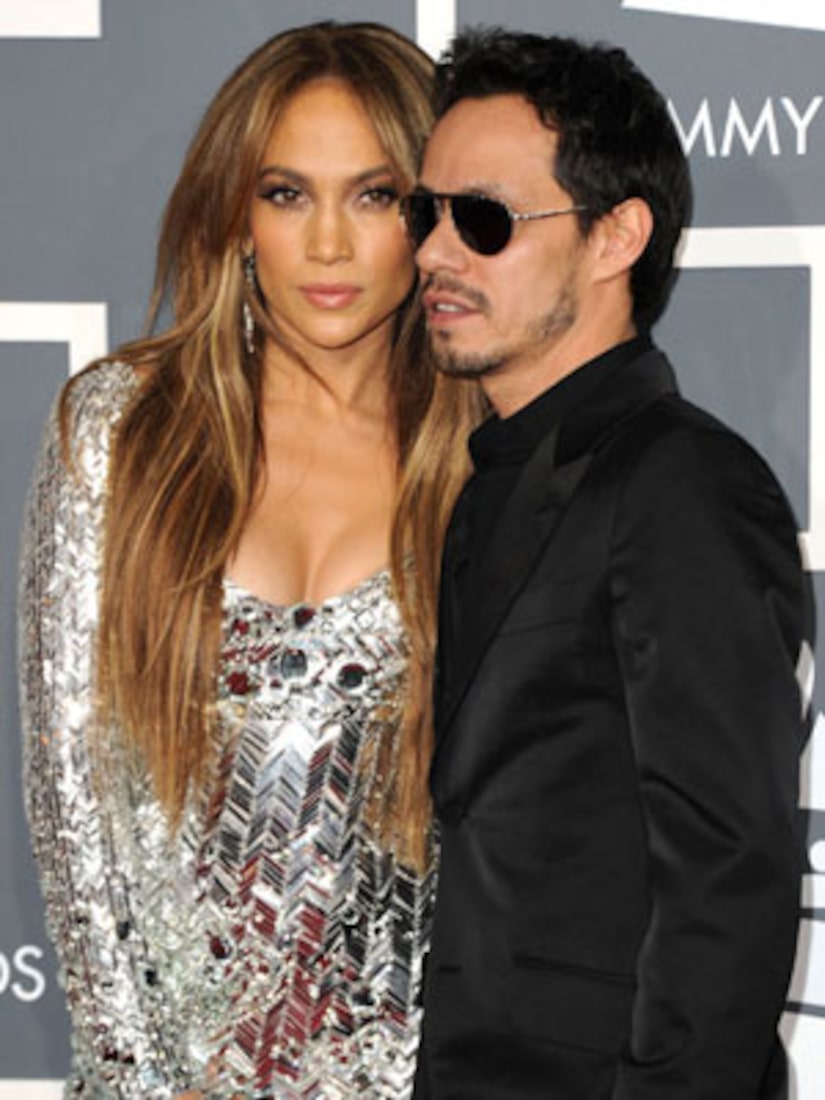 The first clues point to their time spent apart; the couple had not been seen together in public since early June. Last month, J.Lo went to promote her "Love?" album in Europe without Anthony by her side.

Marc also spent most of the summer away from Lopez while he filmed his new medical drama, "HawthoRNe," with Jada Pinkett Smith. Anthony, currently in Colombia for a concert, addressed his separation from his wife. "They're saying I'm single," Marc said on stage during his show at Simon Bolivar Metropolitan Park. Another indication of their isolation from one another was during last weekend's star-studded royal event. Jennifer, joined by her mother, met the Duke and Duchess of Cambridge at the BAFTA gala, without Marc... and without her wedding ring.

A source close to the couple's family tell People the cause of their separation comes after "months of nonstop arguing," and added, "Marc and Jennifer decided it's best to go their separate ways for the sake of their two kids."

J.Lo and Anthony Not Backing Out of Their Reality Show

With a divorce now looming, many are left wondering how the high-profile couple will manage to work together on their Latin talent search show, "Q'Viva!" -- and what kind of settlement will take place. According to Forbes, Jennifer, the richest person of Latin American descent in Hollywood, is worth $150 million and Marc is worth $40 million.

J.Lo, who commands $15 million per movie, has profited $350 million from her clothing lines, currently has 16 different perfume scents, and earns $2 million annually from her production company.

Lopez and Anthony share a number of multi-million dollar properties, including an $8.5-million Hollywood Hills estate, $1-million Miami penthouse, two Long Island homes worth a total of $6 million, and will soon launch their lifestyle fashion venture with Kohl's, expected to generate up to $3-billion.

The couple made the announcement of their separation on Friday, insisting the "difficult" decision was "amicable."

"Extra" takes a look back at the happier times shared between Jennifer and Marc.