It looks like Lea Michele, Cory Monteith and Chris Colfer are among the "Glee" cast members permanently graduating at the end of Season 3 in 2012. 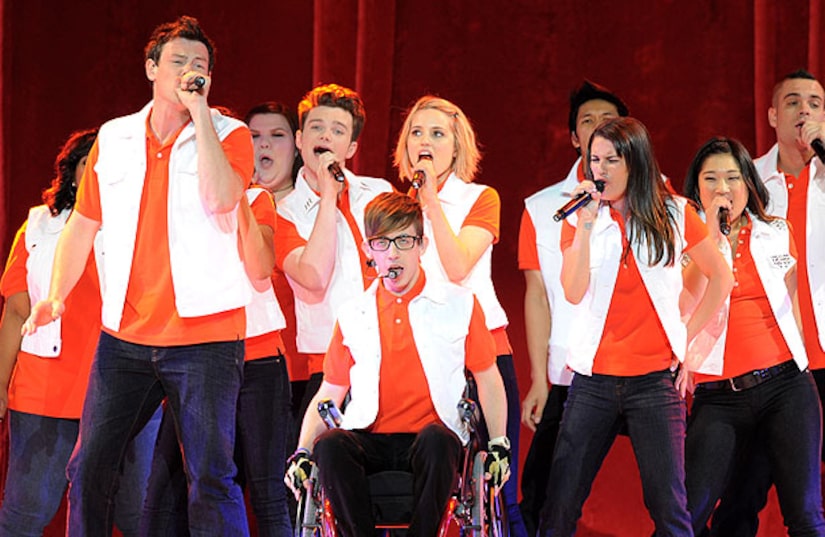 The hit FOX show just earned a slew of Emmy nominations, including one for Colfer, who toasted his nod for Best Supporting Actor in a Comedy Series with "Extra's" Jerry Penacoli, and confirmed that this coming season will be his last.

"Do I wanna leave the show? Absolutely not," said Colfer. "This is home for me, but I understand. It's time for a conclusion."

"Glee" co-creator Ryan Murphy broke the news to the Hollywood Reporter. "You can keep them on the show for six years and people will criticize you for not being realistic, or you can be really true to life and say when they started the show they were very clearly sophomores and they should graduate at the end of their senior year."

"We've never done anything by the book," Murphy explained. "We made that decision and I involved Chris and Lea and they thought that was a good idea. They both trust the writing and trust me, and felt that it would be great to have an open and closed experience for them to go out while they were on top."

Murphy added that planning for the future beyond high school will be one of the main themes in the upcoming Season 3, saying "more characters are leaving than are staying" when graduation time comes at season's end.

Who goes and who stays will be revealed in the September 20th season premiere of "Glee" on FOX.