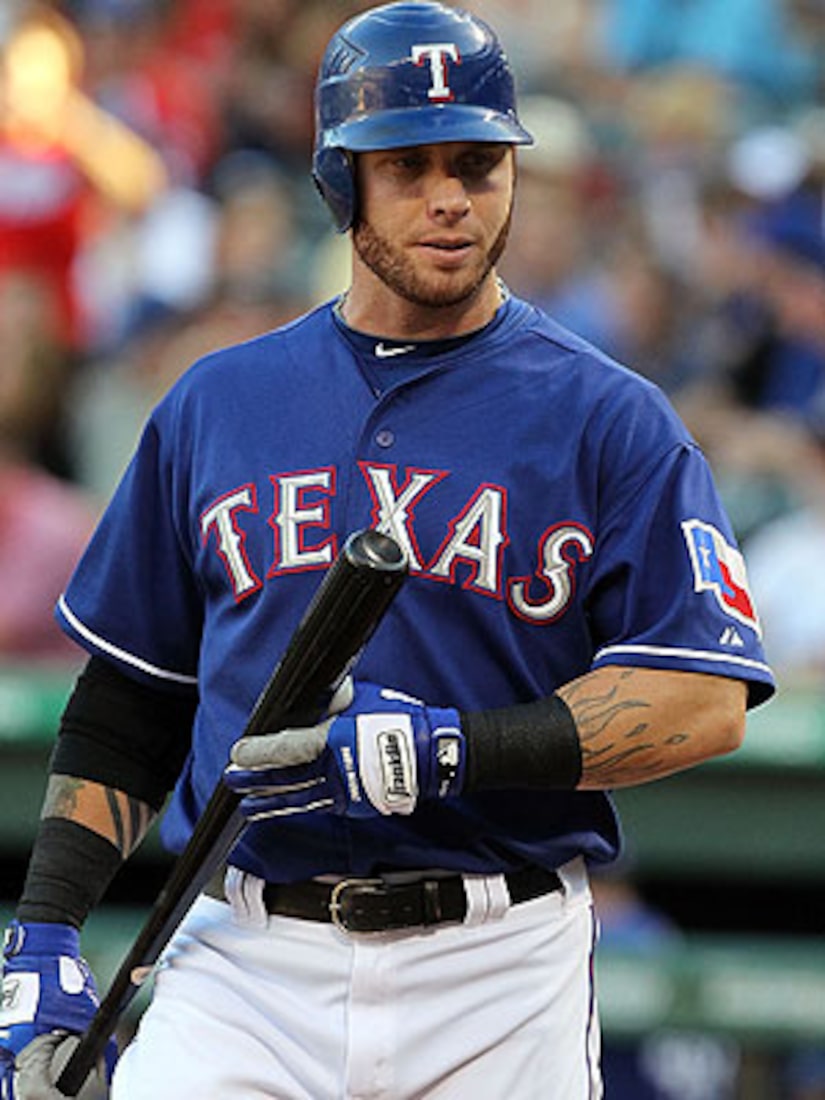 A tragic accident occurred Thursday in Arlington, Texas, where the Texas Rangers were playing the Oakland Athletics, when a 39-year-old fan fell to his death after trying to catch a foul ball thrown by Rangers outfielder Josh Hamilton.

The ball was thrown to firefighter Shannon Stone by Hamilton after the fan called out to the baseball player, reports Sports Illustrated. Stone, who was there with his young son, fell over the railing in his attempt to catch it.

Footage shows Stone falling head first before landing behind a 14-foot-high wall that supports a score display. Although he was conscious when he was placed on a stretcher and taken to an ambulance, Stone died on the way to the hospital, after reportedly going into cardiac arrest.

Hamilton "is very distraught over this, as the entire team is," said team president Nolan Ryan.

"We had a very tragic accident tonight, and one of our fans lost their life reaching over the rail trying to get a ball," Ryan continued. "As an organization, and as our team members and our staff, we're very heavy-hearted about this, and our thoughts and prayers go out to the family."