At the premiere of "Horrible Bosses" in Hollywood Thursday, Jen Aniston lit up the red carpet in a sexy Balenciaga LBD... without boyfriend Justin Theroux by her side. Theroux chose not to walk the carpet and was snuck inside the theater, but judging by the smile on Aniston's face, it was obvious he was close by.

With her new-found love and film career still going strong, Jen beamed, "I am thrilled with everything right now, yes."

The actress, who plays a naughty boss, admitted, "I'm pretty thrilled cause you kind of dream of a juicy little role like this." 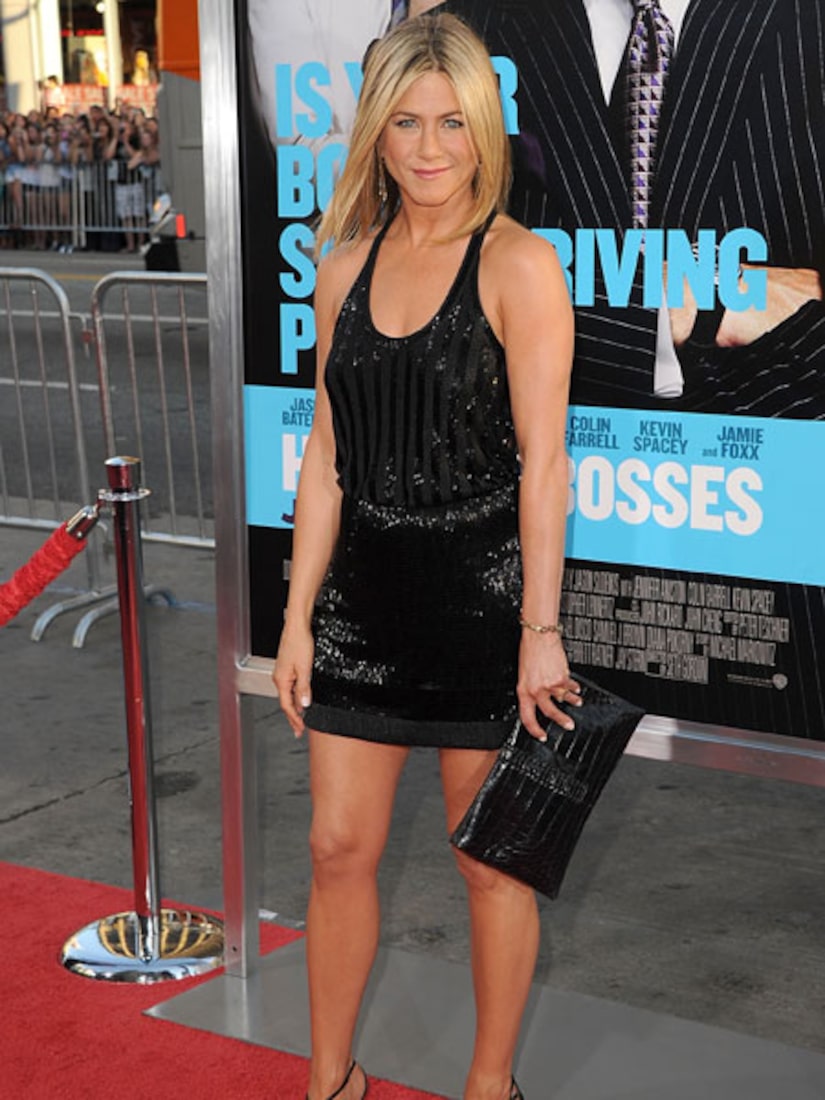 Jen, sporting some new ink, also talked about her tattoo on her foot that says "Norman" in memory of her Welsh-corgi terrier mix who died last May at the age of 15. "I've never been a person who ever thought I'd get a tattoo. It was one of those things I said what can I do to pay tribute to him forever and that's one of those things that is forever," Aniston explained.

Aniston's co-star, Jason Bateman, dished about going on a double date with Jen and her new man. "Justin [Theroux] is one of the greatest guys in the world and I've known she's been like the greatest girl in the world, for a very long time. It's long overdue and I couldn't be happier for both of them."

Jason Sudeikis also talked double dating with Jason Bateman and his rumored involvement with Eva Mendes -- he says they are just friends -- but his story was quite different. "I went to dinner with friends and I was just trying to keep up, you know, with Bateman and his wife, and Eva... good lookin', smart people. I just sat there and pitched in every now and then, and then I paid for my part." 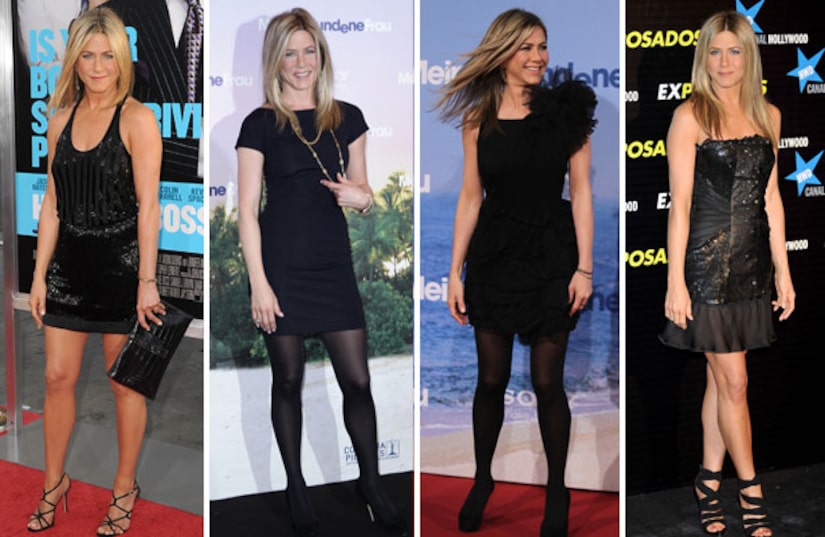