"Harry Potter" star Emma Watson says she is not hooking-up with her latest co-star, Johnny Simmons. 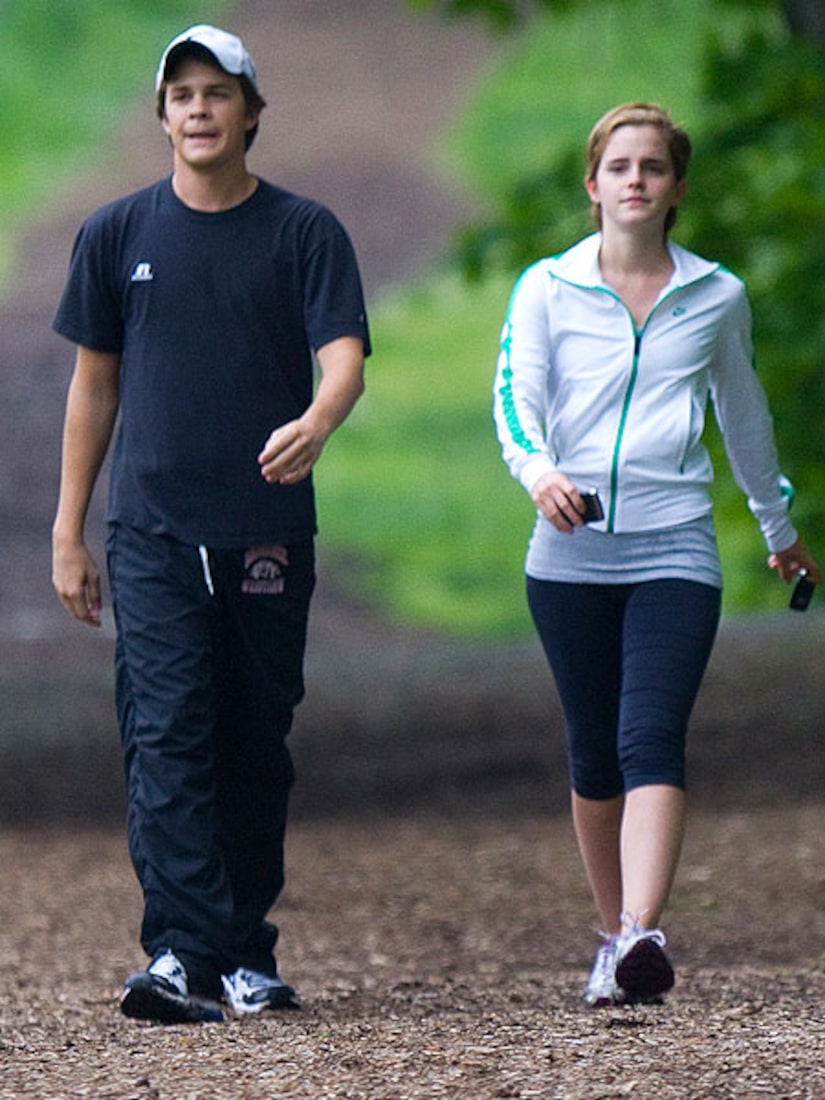 The two were spotted going for a run in Pennsylvania, where they are shooting the romantic drama, "The Perks of Being a Wallflower."

Watson's rep told the Daily Mail, "This is complete fiction." The 21-year-old was linked to Simmons just days after she lamented about her non-existent love life in an interview with the Sunday Times.

The actress said, "I say to my friends, 'Why hasn't X called me? Why doesn't anyone ever pursue me?' They're like, 'Probably because they're intimidated.' It must be the fame wall. It must be the circus that goes around me. Me, as a person, I find it hard to believe I would be intimidating."