Singer LeAnn Rimes showed off her lean frame by tweeting a pic of herself in a string bikini on the beach in Cabo San Lucas, where she and actor Eddie Cibrian are honeymooning. 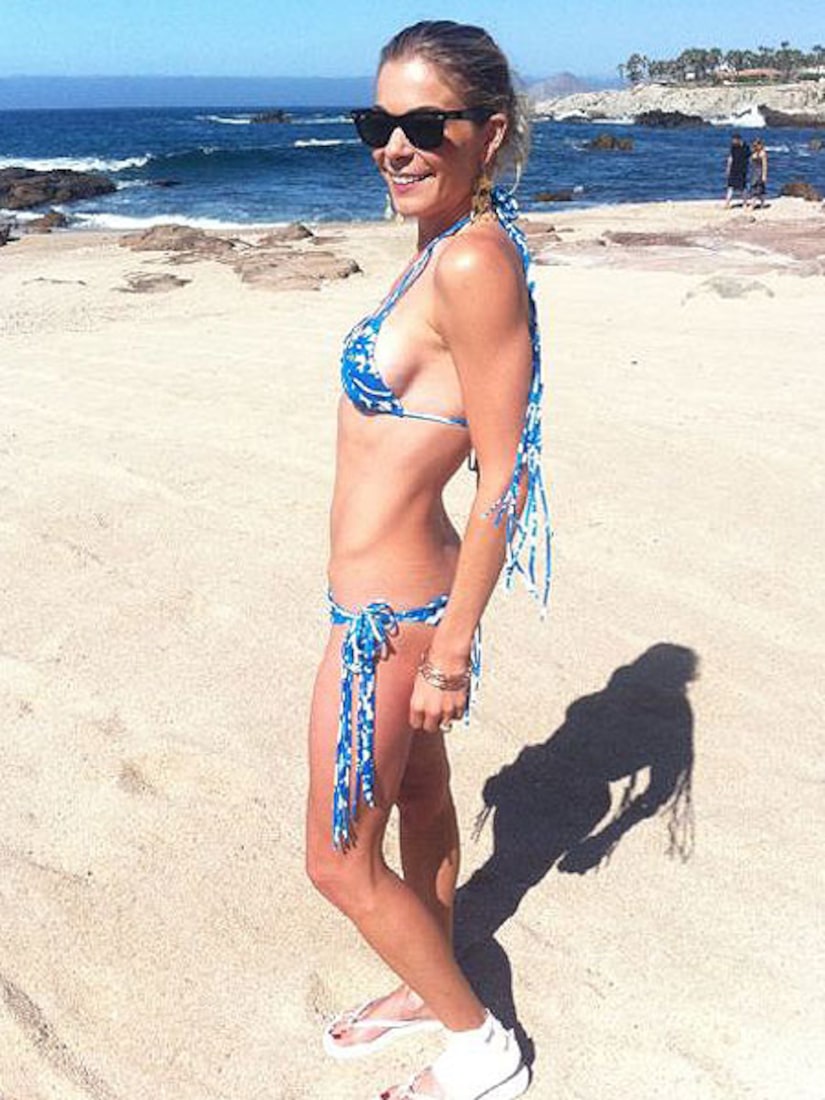 Some fans expressed their concern Rimes was too thin, reports Huffington Post. One tweeted, "Whoa, you're scary skinny! Sorry, don't mean to offend, but that's a lot of bones showing through skin..."

Rimes replied, "...those are called abs, not bones, love." Later on she tweeted about eating fast food in the airport. "Boston Dog's sliders and French fries in the Cabo airport are so good! Anyone coming here, try them!!!"