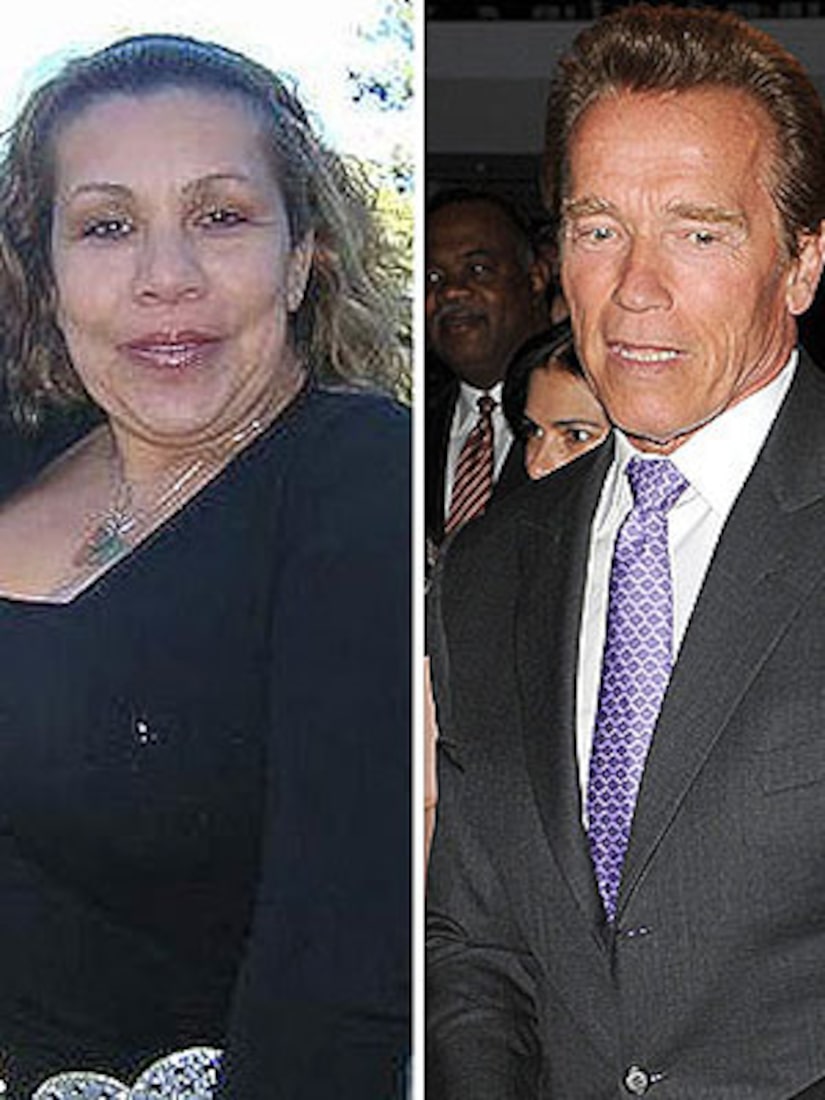 Arnold Schwarzenegger wanted to keep his love child with former housekeeper Mildred Baena a secret, but she wanted a DNA test to officially prove he was the father, RadarOnline.com reports in a joint investigation with Star magazine.

"Arnold knew all along that (the boy) was his child," a source told Radar and Star. "But Mildred insisted on a DNA test -- and it proved that Arnold was the father."
Schwarzenegger also made secret payments to Baena, according to her friend.

The Governator has revealed little of his affair with Baena since making the announcement last week that he indeed has a child with her.