More twists and weird turns in the baby mama drama of the former Governator!

Mildred Patty Baena was not only sleeping with her married boss, she was obsessed with his Kennedy wife, Maria Shriver. According to TMZ, sources close to Baena said she thought Shriver was "gorgeous" and wanted to look just like her. 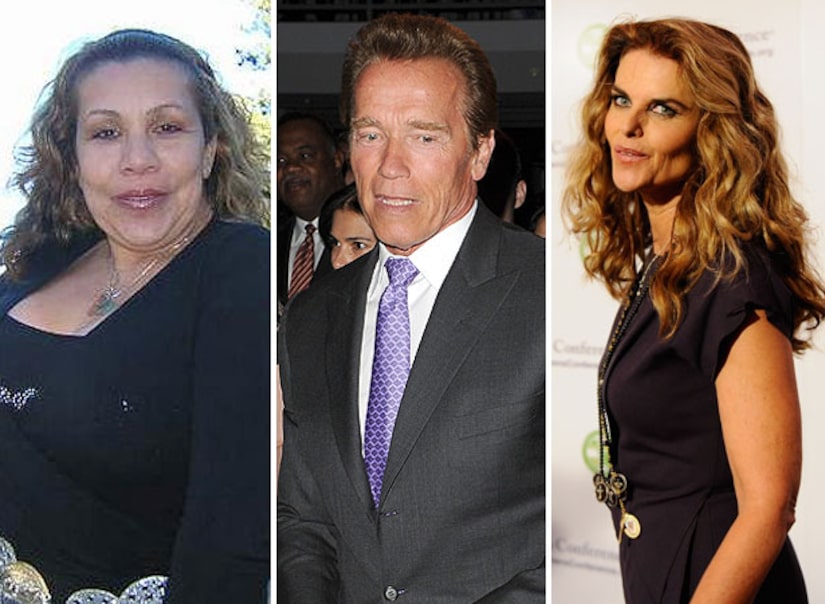 The sources also claimed Patty would wear Maria's clothing and jewelry around town. On one occasion, Shriver noticed a piece of jewelry missing and interviewed the staff about it.

When Maria left the house in the morning, Patty and Arnold would get intimate on the bed he shared with Shriver. Baena bragged to her friends that she considered herself more of a wife than Maria because she was always there for him.

When Patty was pregnant with Arnold's love child, she turned to Shriver for pregnancy and "love advice."

The multi-million dollar Pacific Palisades home where the affair reportedly took place is now up for sale. The family resided in the home from 1986 until 2002 and sold the property in 2003. Watch the tour of the home!