A-list star Julia Roberts spent Easter weekend at the Tribeca Film Festival in NYC where she chatted with "Extra's" AJ Calloway. Julia attended the festival with big sister, Lisa. The two produced a comedy called "Jesus Henry Christ," about a boy genius conceived in a petri dish, who follows a string of Post-It notes in his mission to find his biological father.

Calloway asked the actress if she was anxious about her film's debut. "I'm so nervous I'm getting the teary left eye -- that's the signal of my nerves." 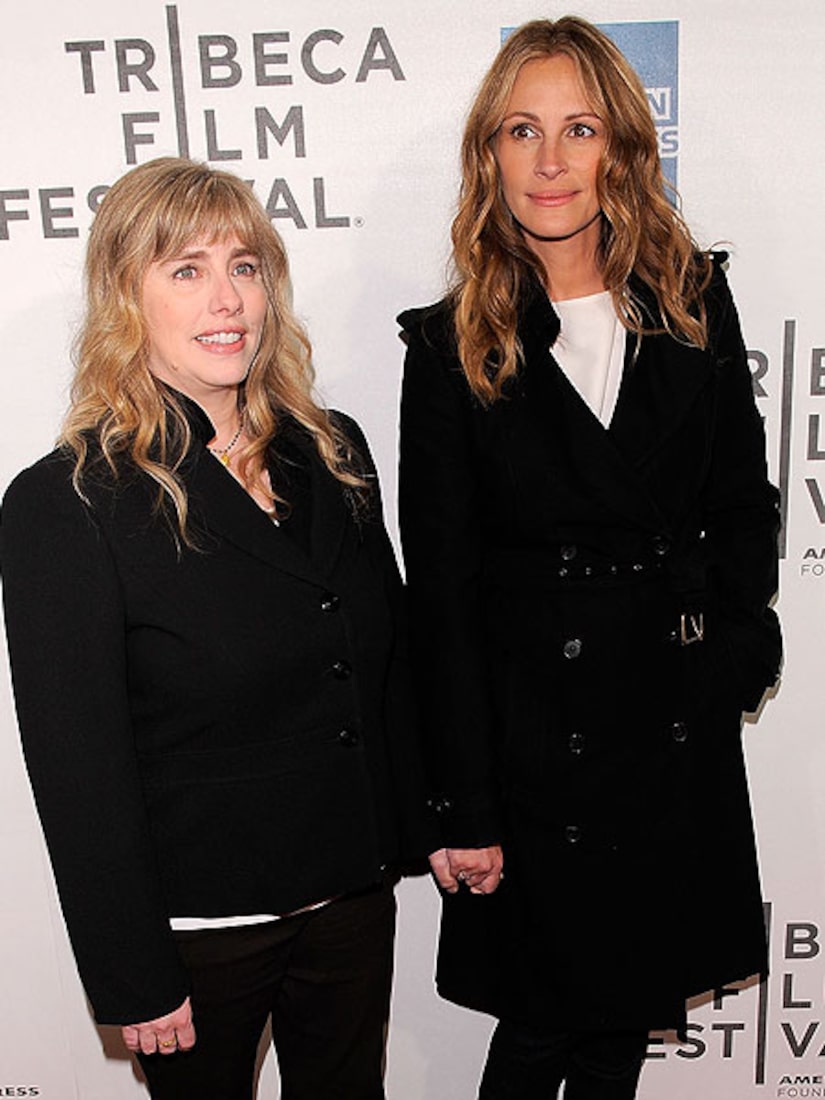 Roberts claims her sister is the "brains" of the operation. "She really does the heavy lifting and I just put on the eyeliner and show up at the end!"

The busy star is also wrapping up the film "Larry Crowne" in NYC, with good pal Tom Hanks. She's then set to play the evil witch in the upcoming dark fairytale "Snow White." Roberts revealed she will "have to search deep" for her villainous role.

Julia also talked about her close friend Oprah Winfrey, saying, "I've made a lifelong friend in that woman. I think she's one of the highlights of humankind. I'm lucky that she's my pal." As for Winfrey's much-anticipated guest for the "Oprah" show finale, Roberts said she thinks it should be "Stedman! That's good... that's really good! They should do John and Yoko -- like from bed!"

Do you agree with Julia? Vote now!