NBC's latest reality competition, "The Voice," seems to have struck a note with viewers.

The premiere was viewed by more than 11 million -- the highest ratings on NBC since the premiere of "Undercover Boss" after the 2010 Super Bowl, reports Billboard.com. 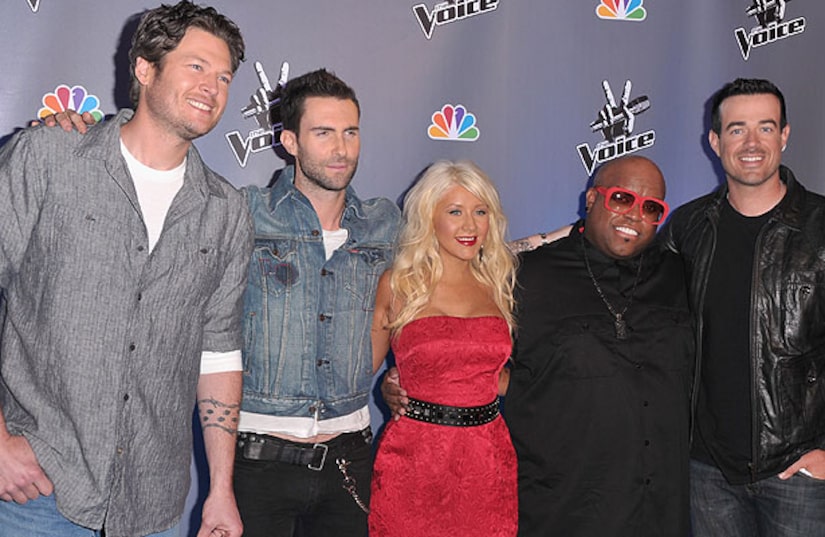 Reviews for the show, in which judges Christina Aguilera, Cee Lo Green, Adam Levine and Blake Shelton must listen to auditioners before seeing them, have been mostly positive.

Zap2It.com says, "We're a bit spooked not only because we liked NBC's new reality singing competition, 'The Voice' so much, but because so many people we know also did."

People.com gushed, "It's hard to say what was more entertaining on the premiere of NBC's new singing competition, 'The Voice' -- the antics deployed by celebrity coaches Christina Aguilera, Adam Levine, Cee Lo Green and Blake Shelton, or the singers with the dramatic back stories."

TVLine.com said, "'The Voice's' central conceit -- that its judges must turn their backs to auditioners, and decide based on singing ability alone whether to press a button and throw their hat in the ring as a potential mentor to said singer -- may be the truest way to find the next great radio sensation."

Watch "Extra's" interview with Aguilera on the set of the show!