Screen icon Elizabeth Taylor, who died last week at age 79, was famously known for the great loves of her life, including Richard Burton and Mike Todd -- but she also had a close bond with her seventh and final husband, construction worker Larry Fortensky, according to his sister. 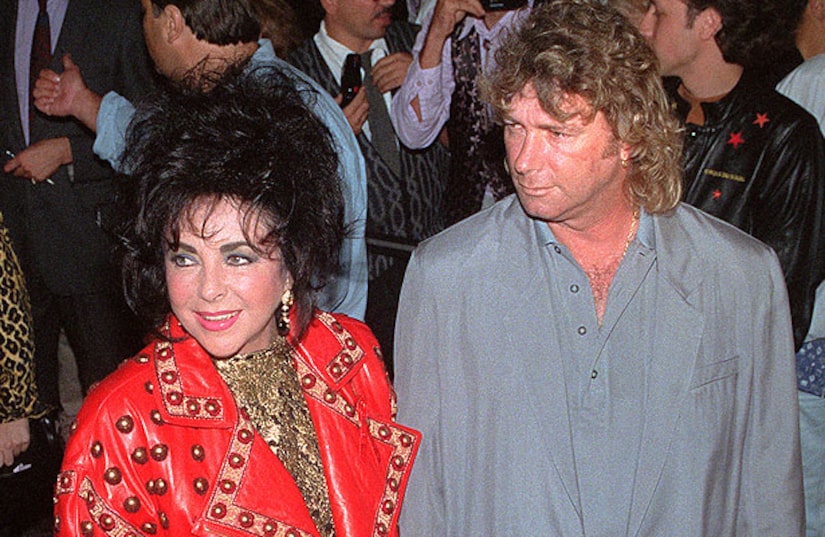 Linda Untiet told the Daily Mail that her former sister-in-law loved her brother until the end. "Elizabeth wrote Larry a love letter at the end of last year. It said how much she still loved him. It was almost a 'goodbye' letter."

Untiet continued, saying her brother was very upset by Taylor's passing. "He was very cut up. Liz and Larry always stayed in touch. They had huge affection for each other. Larry spoke to her just before she went into hospital for the last time." Untiet added, "She appreciated his loyalty in never speaking out about her."

Taylor met Fortensky when they were both in rehab for drugs and alcohol addiction at California's Betty Ford Clinic. They married in 1991, when he was 39 and she was 59. They divorced in 1996.

The Great Loves of Elizabeth Taylor

On February 2, 1957 Elizabeth married her third husband, film producer Michael Todd.The following year Todd was killed after his private plane, Lucky Liz, crashed near Grants, New Mexico.Michael's death ended Taylor's only marriage to not result in divorce. She later called Todd one of the two loves of her life, along with Richard Burton.

Elizabeth's marriage to fifth husband Richard Burton was perhaps her most epic and turbulent relationship.After falling in love on the set of "Cleopatra," they embarked on a tumultuousjourneythrough two marriages and subsequent divorces.The couple said I do in 1964 and split up in 1974. They remarried the following year and divorced again 9 months later in 1976.

In December of 1976, Taylor tied the knot with US Senator from Virginia, John Warner.Six years later, unhappy with her life in Washington, Taylor and Warner called it quits.John is one of two living ex-husbands of the actress, along with Larry Fortensky.