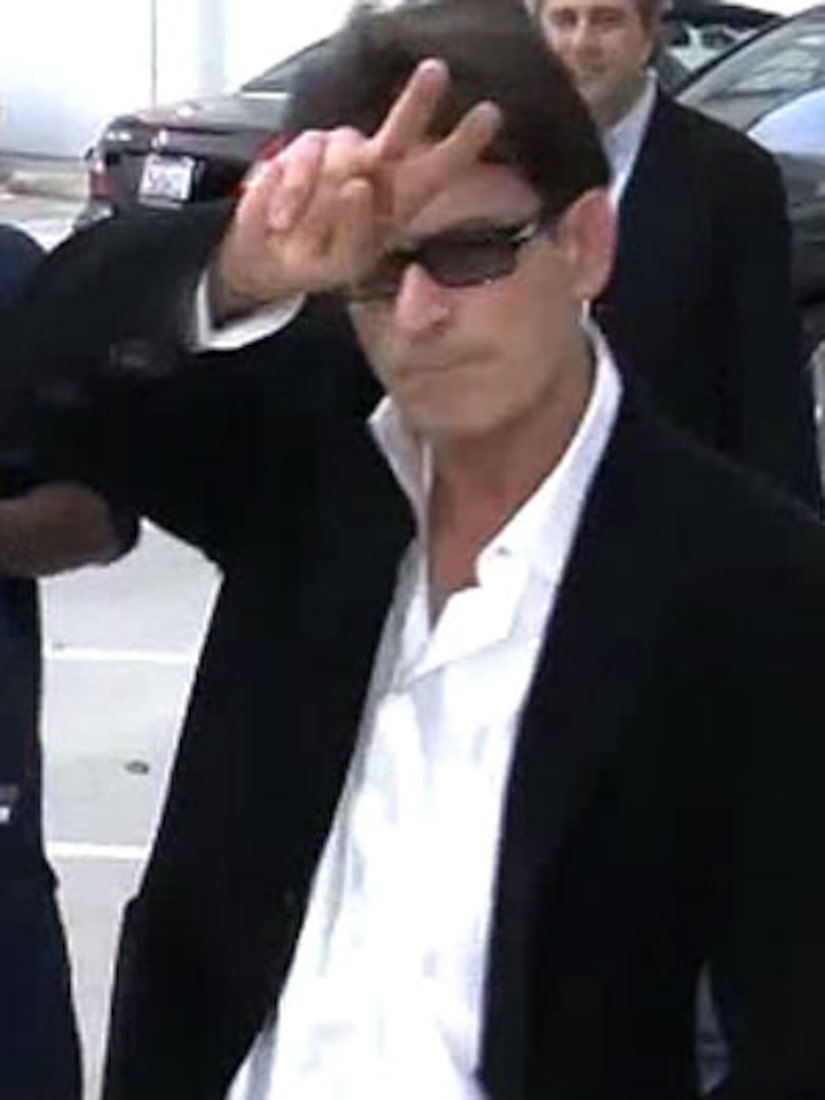 Actor Charlie Sheen has made good on his promise to file $100-million lawsuit against his former bosses. Sizzle. Bye.

The lawsuit takes aim at Warner Bros. and "Two and a Half Men" creator Chuck Lorre, demanding payment for the canceled episodes of the hit sitcom and millions of dollars in punitive damages.

In his first interview after filing the suit, Sheen's lawyer, Marty Singer, told the Hollywood Reporter his client was forced to sue because the studio's statement that Sheen was fired because his personal problems rendered him unable to perform his duties on the show is not true. They had already renegotiated Sheen's "Men" contract when the actor was facing felony charges for allegedly assaulting his ex wife Brooke Mueller last year.

In filing the lawsuit on behalf of the cast and crew, Singer said, "I'm not going to comment on what people said privately. But if the cast and crew did something on their own they would be blackballed. Once you file a lawsuit, you don't get paid and you don't get hired. Charlie is looking out for the people he's working with."

Howard Weitzman, attorney for Chuck Lorre responded to the lawsuit filed by Charlie Sheen as follows: "The allegations in the complaint against Mr. Lorre are as recklessly false and unwarranted as Mr. Sheen's rantings in the media. These accusations are simply imaginary. This lawsuit is about a fantasy "lottery" pay-day for Charlie Sheen. Chuck Lorre's concern has been and continues to be about Mr. Sheen's health."