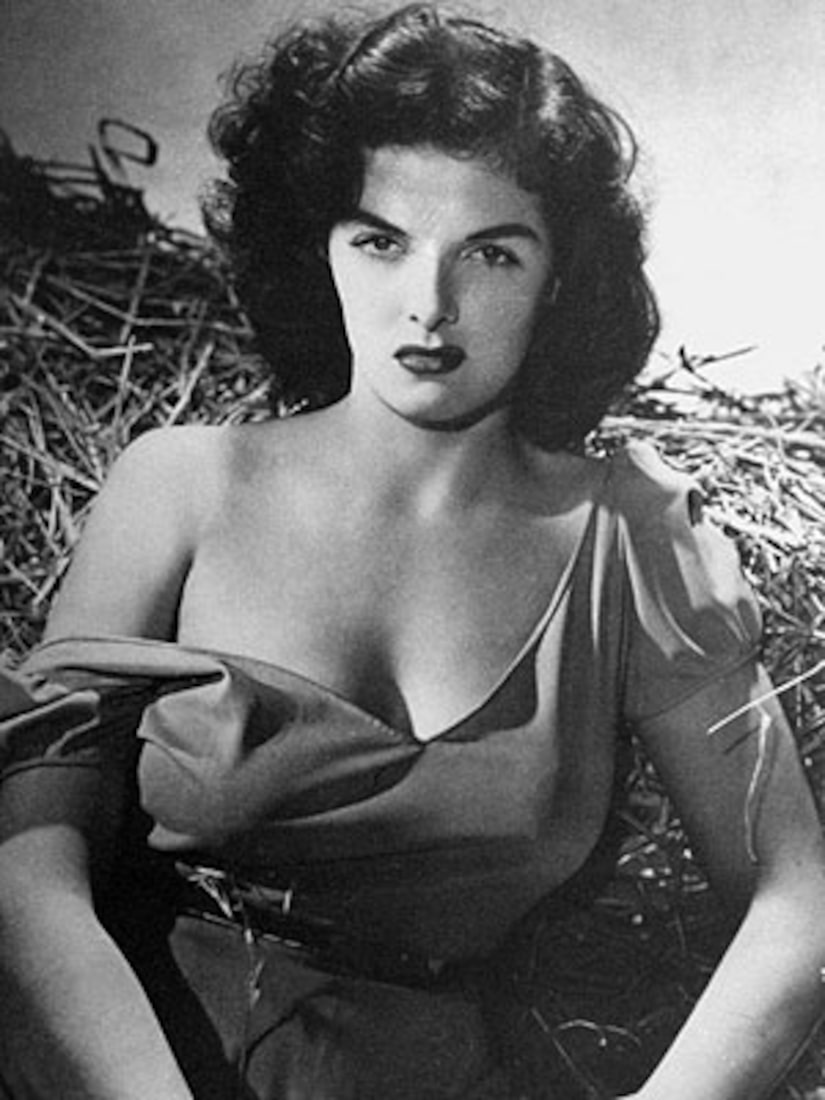 Veteran actress Jane Russell, best known for films "Gentlemen Prefer Blondes" and "The Outlaw," has died of respiratory failure at her home in Santa Maria, Calif. She was 89.

The buxom beauty got her start in Howard Hughes' controversial film "The Outlaw" in 1943 and became a popular pinup girl for American GIs overseas during WWII. Her most notable performance came in 1953 when she starred with Marilyn Monroe in "Blondes."

During the 1970s, Russell was also widely recognized as the spokesperson for Playtex bras, appearing in national TV commercials for the "Cross Your Heart" bra campaign.

The actress also remained active with her church and charitable organizations until her health began to decline, just a few weeks ago. Her daughter-in-law, Etta Waterfield, told AP, "She always said 'I'm going to die in the saddle, I'm not going to sit at home and become an old woman.' And that's exactly what she did, she died in the saddle."