Lindsay Lohan wore a low-cut blouse to her necklace theft hearing this morning, where the judge told the freckled phenom that if she accepts a plea bargain, she will find herself behind bars because it's an admission of probation violation, reports TMZ. 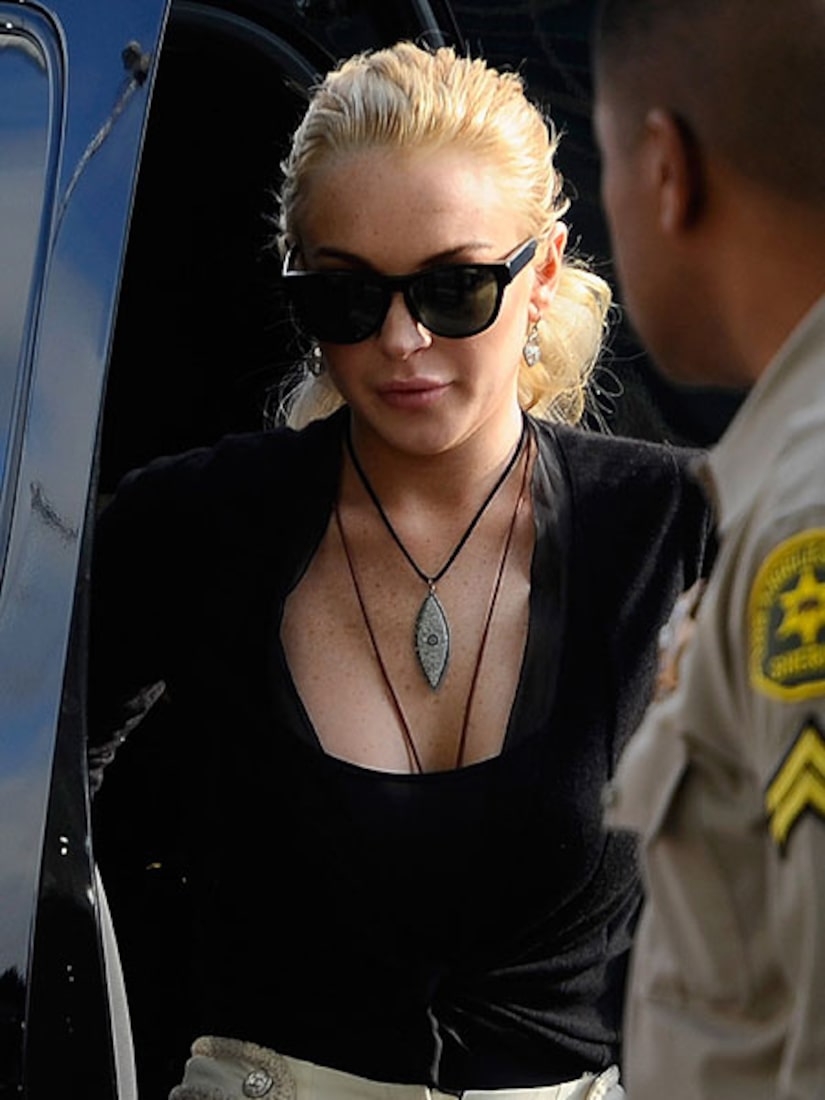 Judge Keith Schwartz made it very clear that he does not plan to give the star preferential treatment because she is famous, saying flatly, "I don't care that you're Lindsay Lohan."

LiLo was also told she needs a reliable and trustworthy sponsor, someone who is not a relative, to help with "whatever stress or issues she has" and to keep her clean and sober.

If the actress does not accept a plea bargain, she will go to trial -- and if found guilty, she could face a year in state prison. In the meantime, the judge has continued the hearing to March 10.