Actors Ryan Phillippe and Amanda Seyfried may be the next hot Hollywood couple.

Phillippe was spotted with the "Dear John" actress enjoying an intimate dinner in Texas, reports the New York Post. A source told the paper, "They were kissing all throughout the dinner." 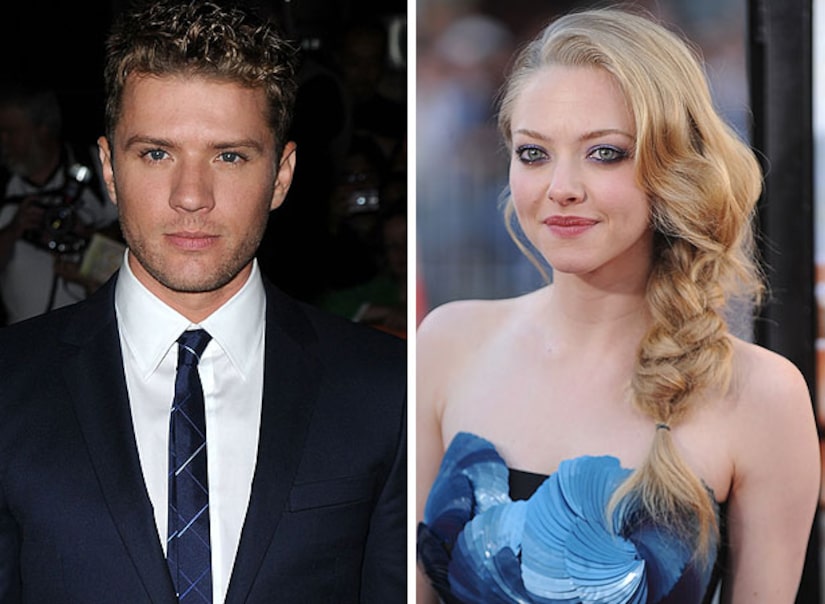 In May, Seyfried broke it off with boyfriend Dominic Cooper, while Phillippe, who split with Reese Witherspoon in 2008, ended it with his GF, actress Abbie Cornish, in February.

In June, Phillippe opened up to Huffington Post about his marriage to Witherspoon, who is now engaged to agent Jim Toth.

"I still have sadness and complicated feelings about my divorce. But how beneficial is it to keep hanging onto those feelings?" he said. "If someone lives through an accident, his aim is to become better and healthy. My aim is always to progress -- to make better decisions and be a better father, a better boyfriend, a better husband if it happens again."

Seyfried is starring in the upcoming fantasy thriller "Red Riding Hood," and Phillippe will star with Anna Faris in the romantic comedy, "What's Your Number?"