The rumored romance between Selena Gomez and Justin Bieber heated up this past weekend when the famous teens were spotted making out in St. Lucia. 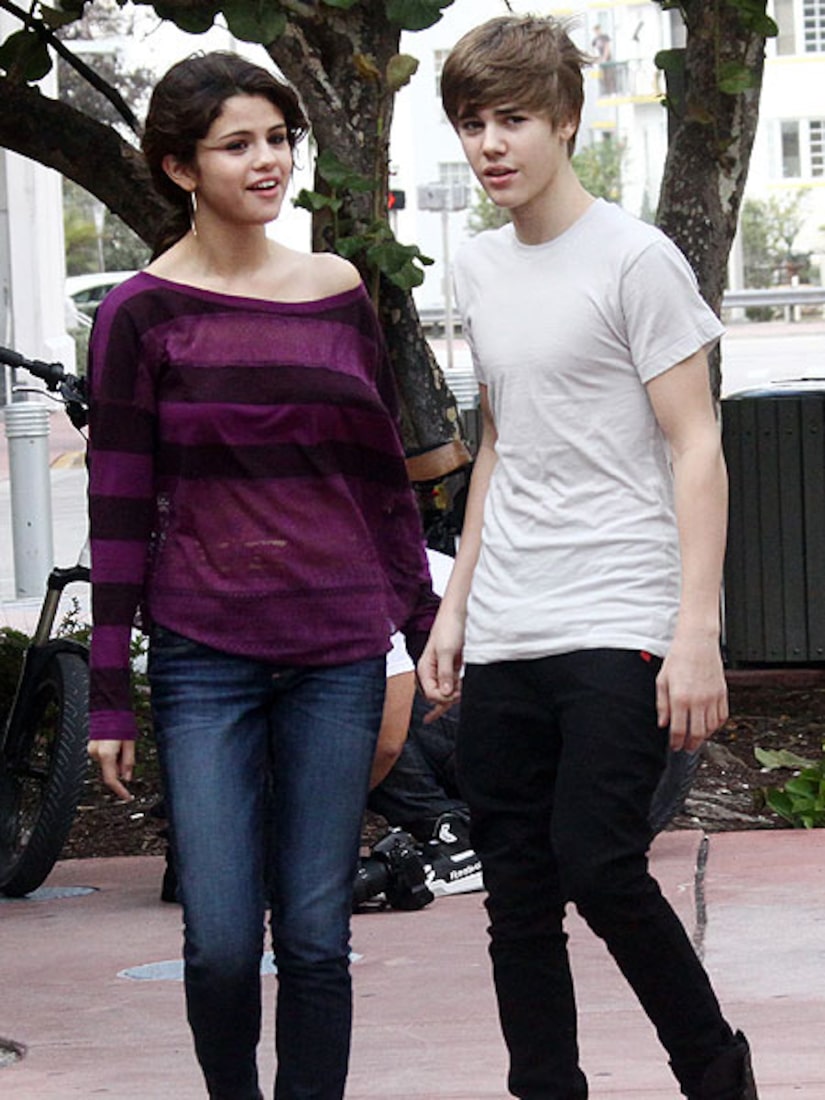 The Disney actress, 18, and the pop star, 16, have been photographed out and about over the past few months, but have so far downplayed their budding relationship.

"We just like to hang out. They shouldn't be stopping us from going out to dinner and things like that," Gomez told People, while the Biebs told MTV News, "She's really cool. She's an amazing person," but added, "I gotta keep some things to myself."