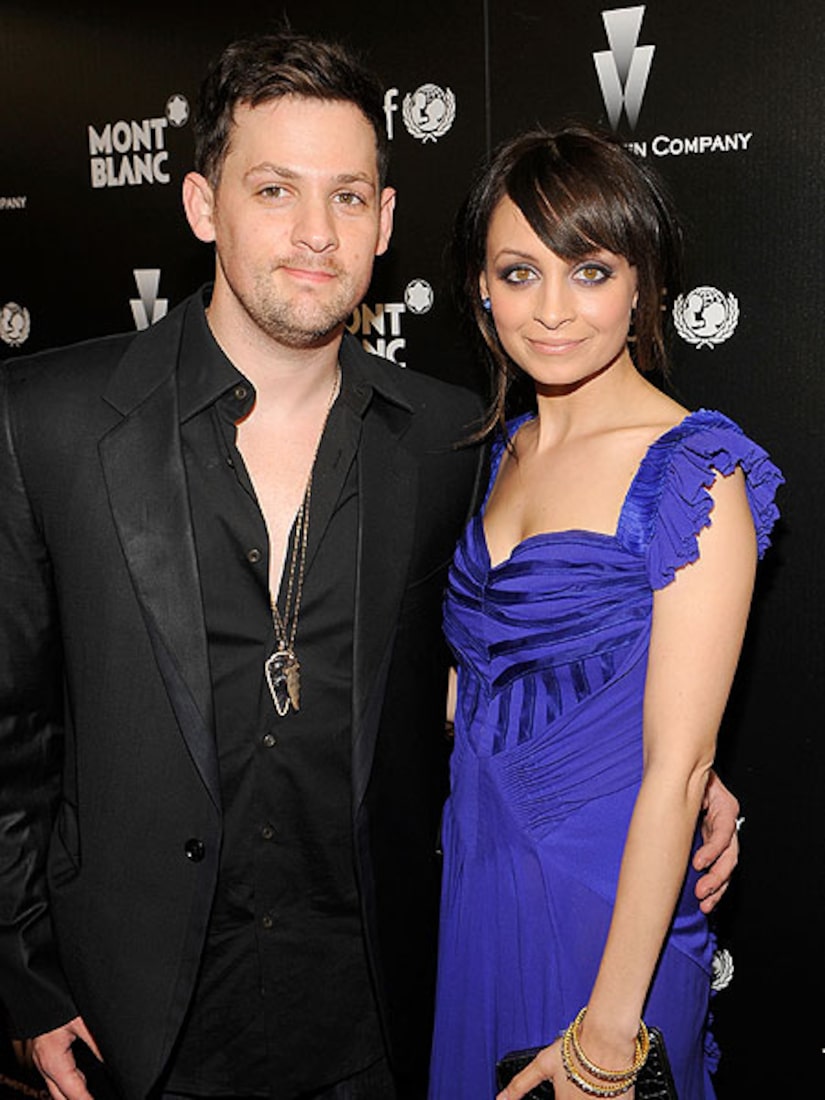 "They wanted an Old Hollywood, glamorous feel to their wedding," a source told People. com. "They're going all-out with the decor. Nicole wanted a memorable, elegant affair for only their closest friends and family on their special day."

As an added twist, however, an elephant was spotted being lead onto Lionel Richie's property at one point. No word on how the animal fit into the celebration.

Richie, 29, and Madden, 31, have been together for almost four years and have two children; Harlow, 2, and Sparrow, 1. It was Madden who first announced their engagement in February via his Twitter page.

"Yep. I'm engaged. Very happy. Yeah we've been engaged for a while so you're all kind of late on that. But Thanks for the hoopla all the same," Madden Tweeted. "P.S. That's why I love my family and friends. None of them are sources. All good tightlipped people who let us enjoy it! Thanks everybody."