Prince Charles and his wife, Camilla Parker Bowles, Duchess of Cornwall, were being chauffeured through London's shopping district when their car was attacked by an angry mob of students today. 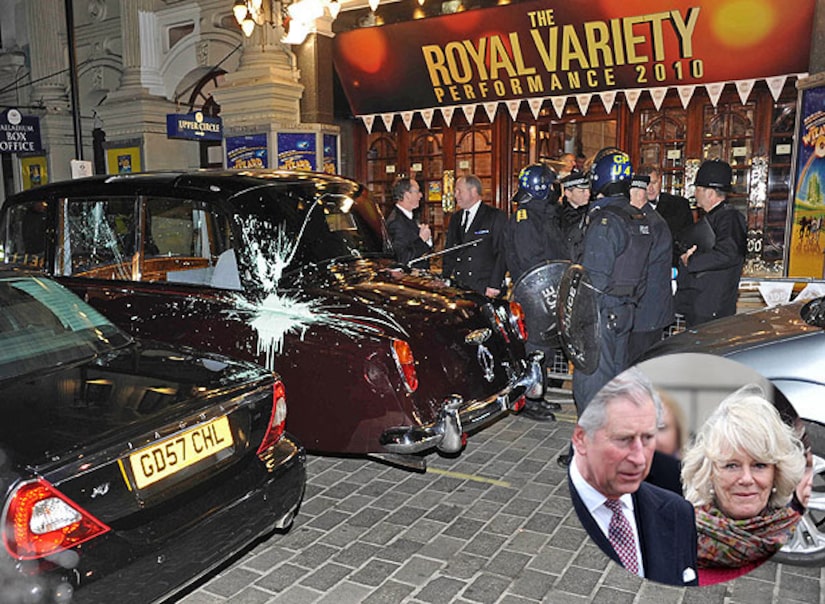 The two dozen students, who kicked, threw paint and broke windows on the royal car, were protesting a tuition fee increase.

Although the Prince and his wife were not injured, nine police officers and 22 demonstrators were -- as well as 15 protestors taken into custody, according to authorities.