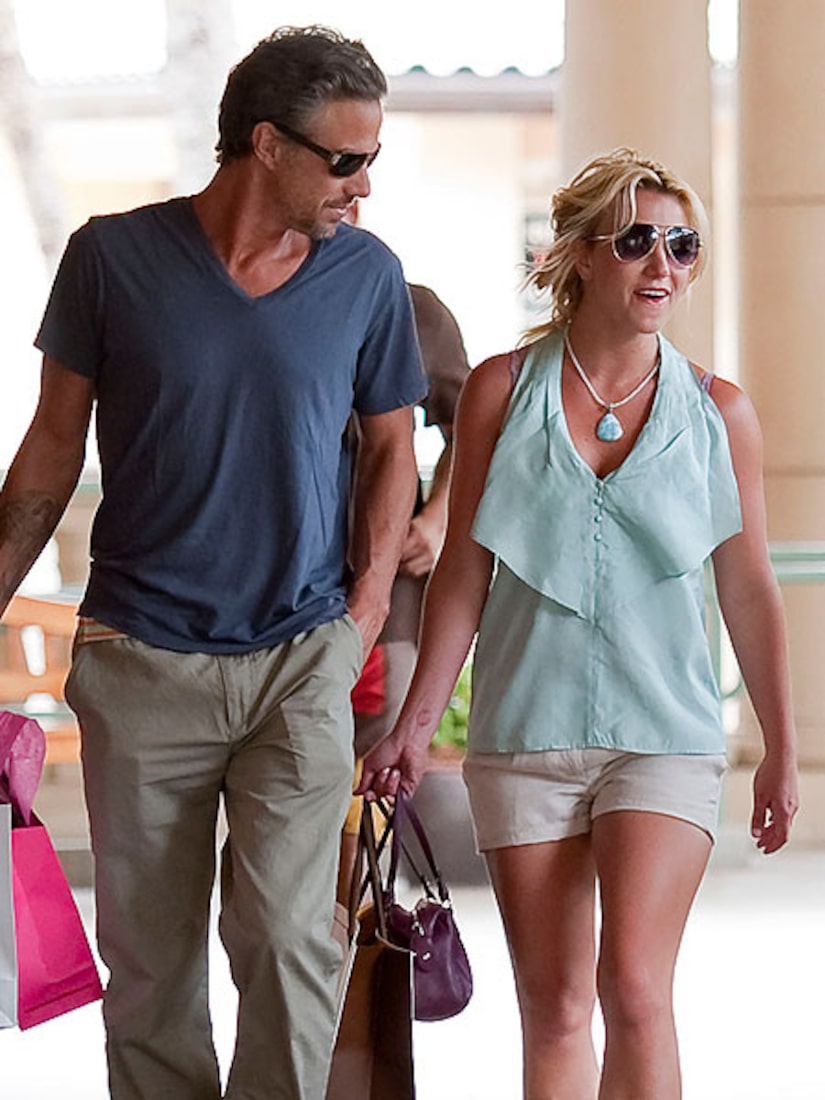 The tabloid is running a story that says Spears disclosed the physical abuse to her former husband, Jason Alexander, during a candid phone conversation. She married Alexander in Las Vegas in 2004 for 55 hours before it was annulled.

Photos: Britney Spears Through the Years!

RadarOnline.com also obtained the audiotape, on which you can hear Alexander ask Spears if Trawick proposed to her on the beach. She replies, "Before or after he beat on me?"

"Britney is in an abusive relationship," Alexander told Star. He has remained friends with the singer since their ill-fated marriage. "She told me her life had turned into a nightmare."

Britney is still under a court-ordered conservatorship.

UPDATE: Spears' rep has denied the story, and sources close to Spears say the audio is not only a fake, but the singer thinking about taking legal action, reports GossipCop.com.