David Arquette and his "Scream 4" co-stars attended Spike TV's "Scream 2010" on Saturday -- and Neve Campbell and Emma Roberts told "Extra" they never sensed any trouble between David and Courteney Cox while on the set. 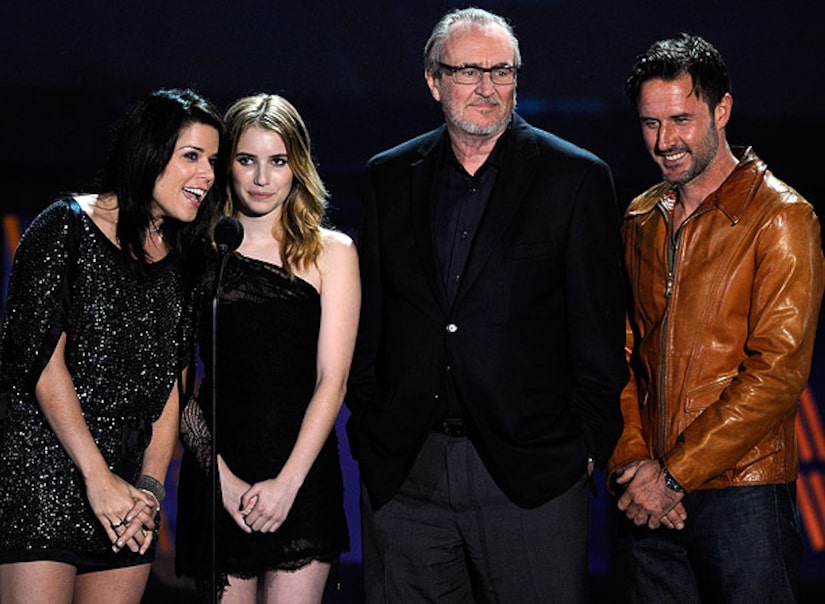 "They adore each other," said Neve, who has worked closely with the couple on several films. "They're very respectful to one another. They'll continue to be good to each other and that's all we need to know."

New "Scream" star Emma Roberts said Cox and Arquette "were nothing but amazing to each other and professional on set... I think they're going to do fine."

Director Wes Craven was present when the two first met on the set of "Scream" in 1995, and he's hopeful things will work out. "I love them both and I know they love each other a lot, so hopefully the best will prevail for both of them."

Courteney and David were spotted together on Sunday at an event for their 6-year-old daughter, Coco. David had his arm around Courteney, who was still wearing her wedding ring.

No word yet if they're trying to work out their marriage, or if they were just together for Coco.