Singer Katy Perry recently posed seductively for the cover of Rolling Stone magazine and talked about searching for herself online and the Lady Gaga jab. 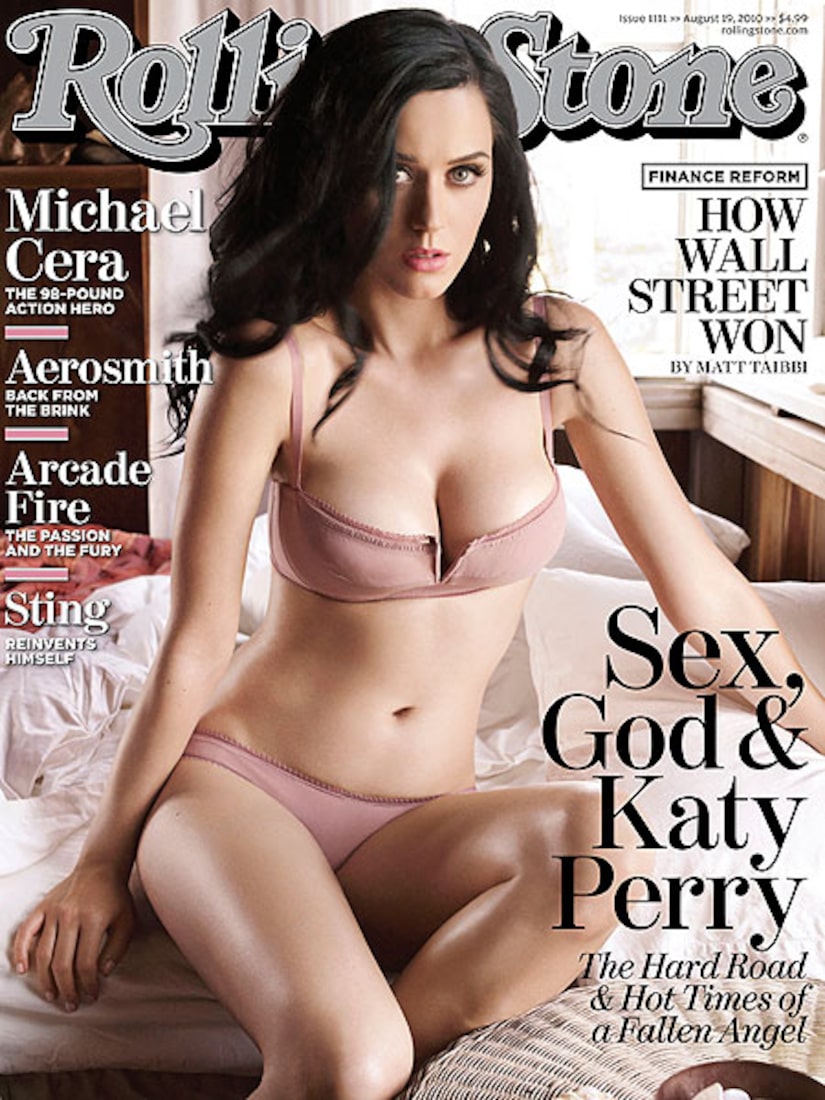 "Any artist who says they don't Google their name is a big fat liar," she said, adding she doesn't do it all the time. "When you look at other celebrities' Twitter feeds and see them posting about something they read about themselves on a Google Alert, it's like, 'Uh, maybe you should stop Googling yourself every day, the world does not spin around you.' "

She also explained her religious upbringing led her to make the 'blasphemy' comment about Lady Gaga. "I am sensitive to Russell taking the Lord's name in vain and to Lady Gaga putting a rosary in her mouth. I think when you put sex and spirituality in the same bottle and shake it up, bad things happen. Yes, I said I kissed a girl. But I didn't say I kissed a girl while f-ing a crucifix."