Once great friends, it now looks like Gwyneth Paltrow and Madonna may have had a falling out, or so says UsMagazine.com. 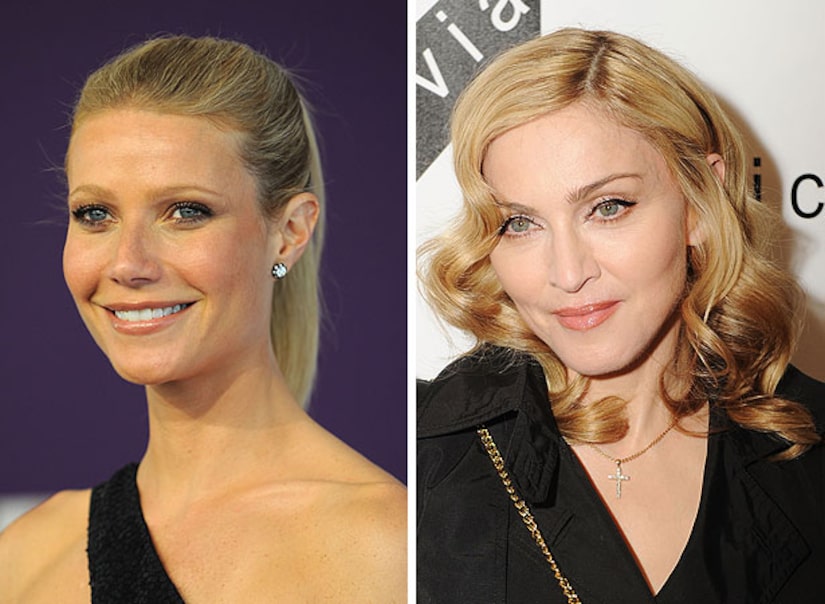 "They don't speak," an insider told UsMag. "I can't tell you exactly why they had the falling out, but Gwyneth can be jealous and competitive."

Although Madonna's rep denies the "breakup," apparently things started to cool off after Madonna divorced British director Guy Ritchie in 2008. The women had "less in common," since Paltrow is still with her British hubby, Coldplay frontman Chris Martin.

Both women have been known to drop their friends when things go sour. Madonna fell out with Sandra Bernhard around 1991, and Paltrow and Winona Ryder called it quits in 1998.