"American Idol" judge Ellen DeGeneres has a few ideas on who she'd like to replace Simon Cowell when he leaves at the end of this season.

"I have people I would like," DeGeneres told "Extra's" Terri Seymour in an exclusive interview. "But I'm not gonna tell you." 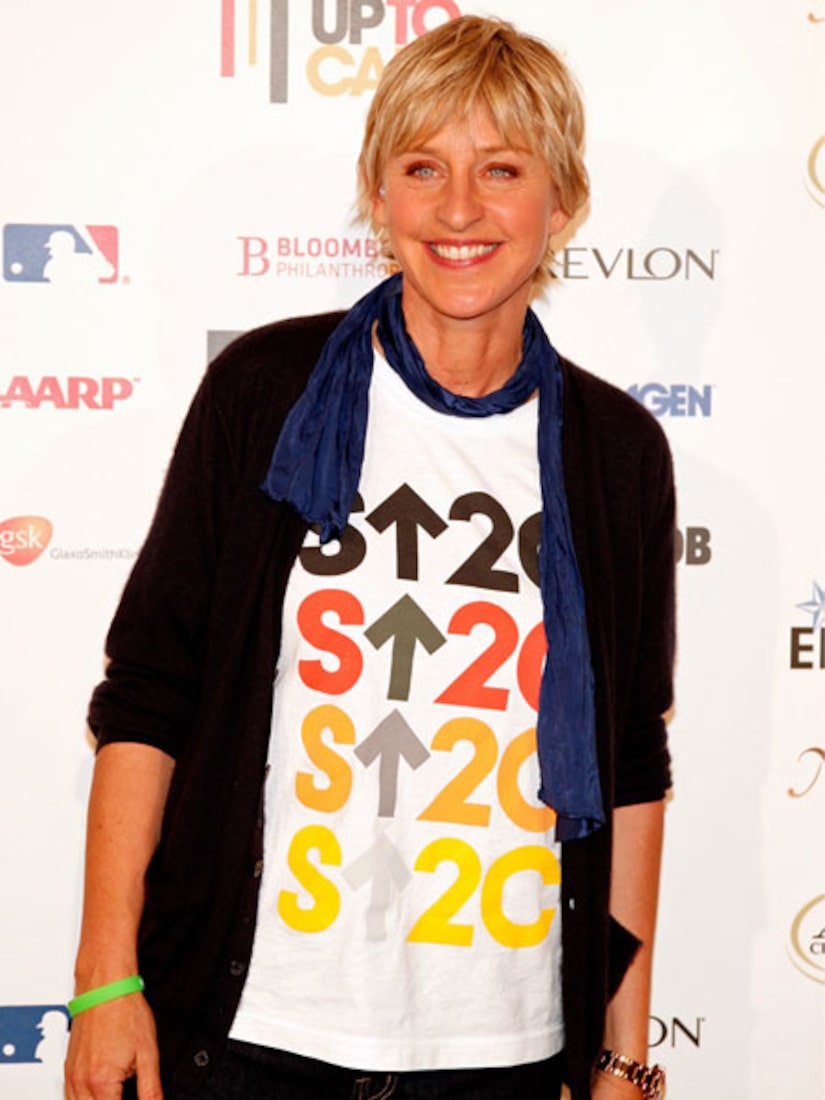 "I'm mentioning names to them," the funnylady continued. "And hopefully they'll listen to me. Then if that happens, I'll say to you that's who I wanted."

What about this little feud going on between Cowell and host Ryan Seacrest? "I don't know. I think they have crushes on each other. Like boy crushes. It's very heterosexual," DeGeneres joked.

DeGeneres explained, "It's a huge wakeup call to look at pictures of dogs and cats on the stamps and say those were in shelters and they're now in loving homes."