Fans of tween singing sensation Justin Bieber won't let anyone stand in their way to see their idol -- including Bieber's mother! 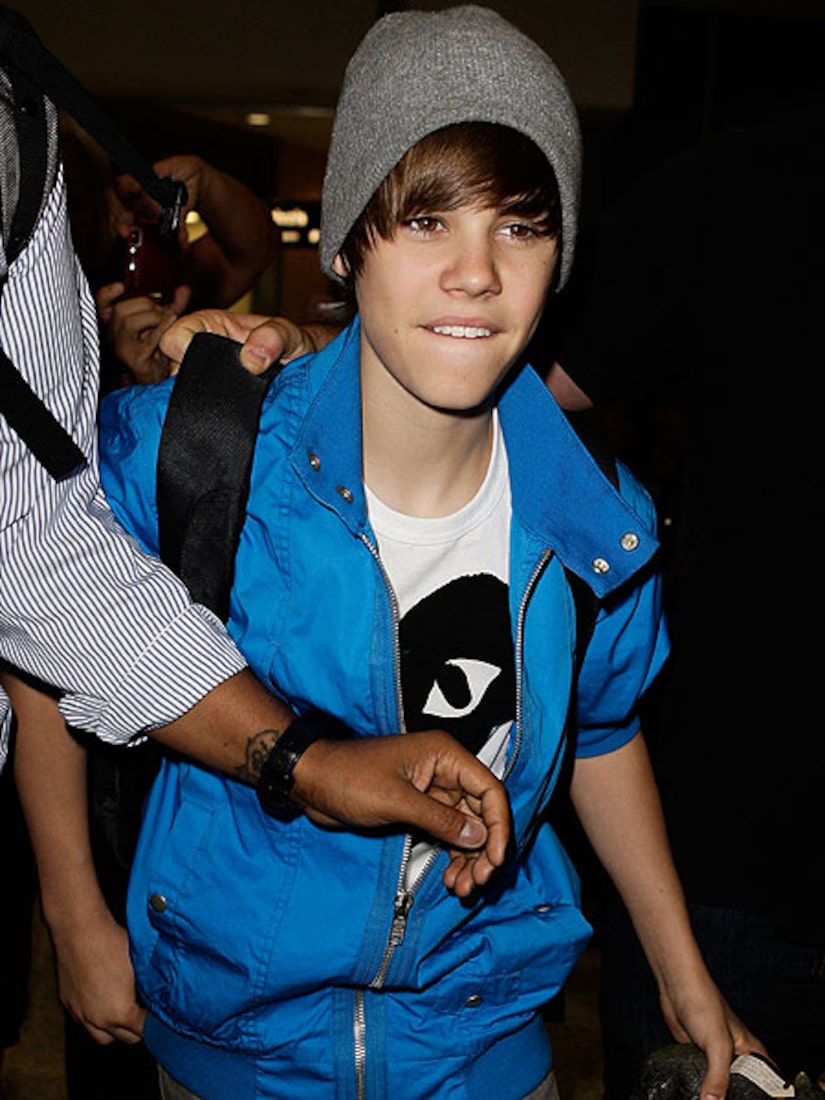 An avalanche of screaming girls rushed the young crooner at the airport on his arrival in New Zealand for his "My World 2.0" concert Tuesday, pushing his mother, Patti Mallette, to the ground.

He tweeted to his 2 million followers, "The airport was crazy. Not happy that someone stole my hat and knocked down my mama. Come on people... Let's keep it safe and have fun" and then joked, "I AM THE MOST DANGEROUS CREATURE HERE!!"

His mother wasn't injured, tweeting her own thanks to all her well-wishers.

Speaking of unruly fans, Bieber also had to cancel a show in Sydney after a crowd of about 5,000 teenage girls got a little out of hand. There were some minor cuts and bruises to eight of fans, in addition to lots of fainting.

In an interview with momlogic.com, Bieber talked about how much he appreciated his mom's support, especially because she wanted to be a performer when she was younger. "She never had the chance to do it herself," Bieber explained, "so it's cool that I get to do what she wasn't able to. She's really supportive of me, and that means a lot to me."