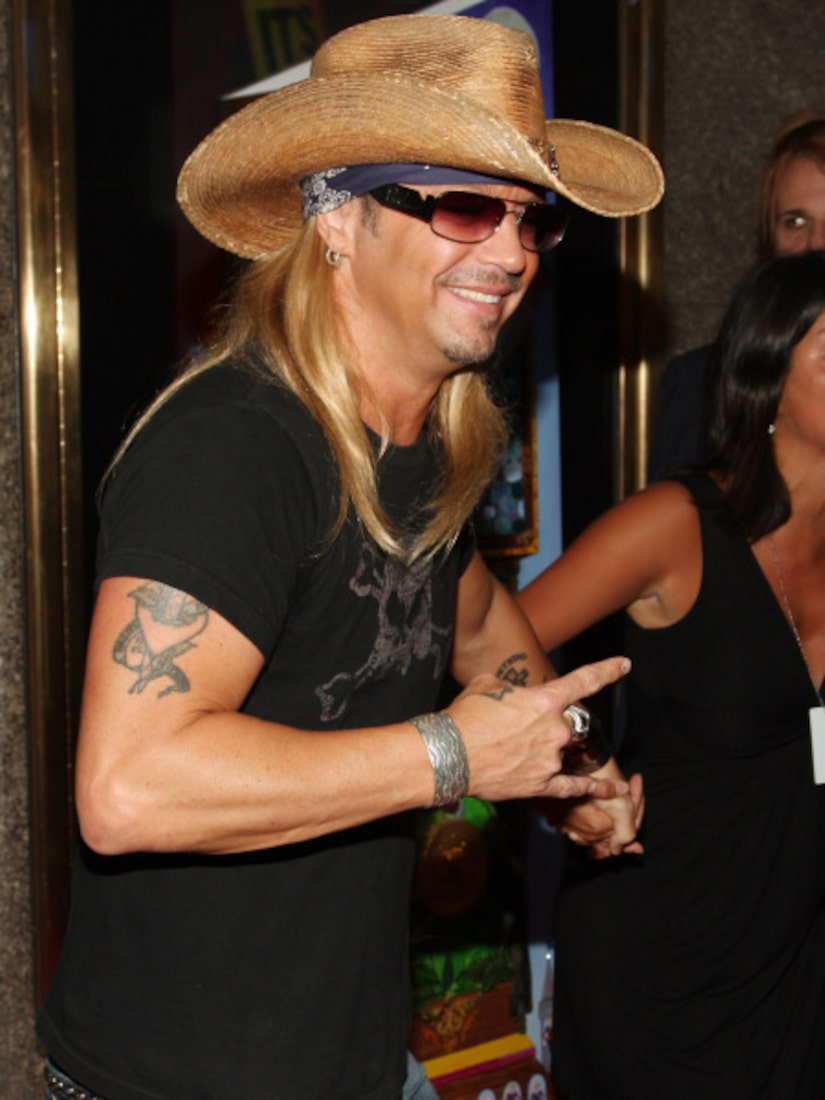 A statement released on the singer's Facebook page said, "Test results indicate a setback in Bret Michaels condition. A side effect from the brain hemorrhage called hyponatremia, a lack of sodium in the body which leads to seizures...Due to the severity of his condition, Bret Michaels continues to remain hospitalized in an intensive care unit at an undisclosed hospital; He remains in critical, but stable condition according to his doctors."

The singer's father, Wally Sychak, spoke to "Extra" on Monday and told us that Bret "sounded a little slow, but fine."

Sychak added, "The fact that he was talking to me, and giving me information, I thought that was great. I understood that this was a terrible ordeal that he was going through. We're not getting information right now. I guess no news is good news."

Doctors have yet to determine what caused the bleeding at the base of Michaels' brain stem.