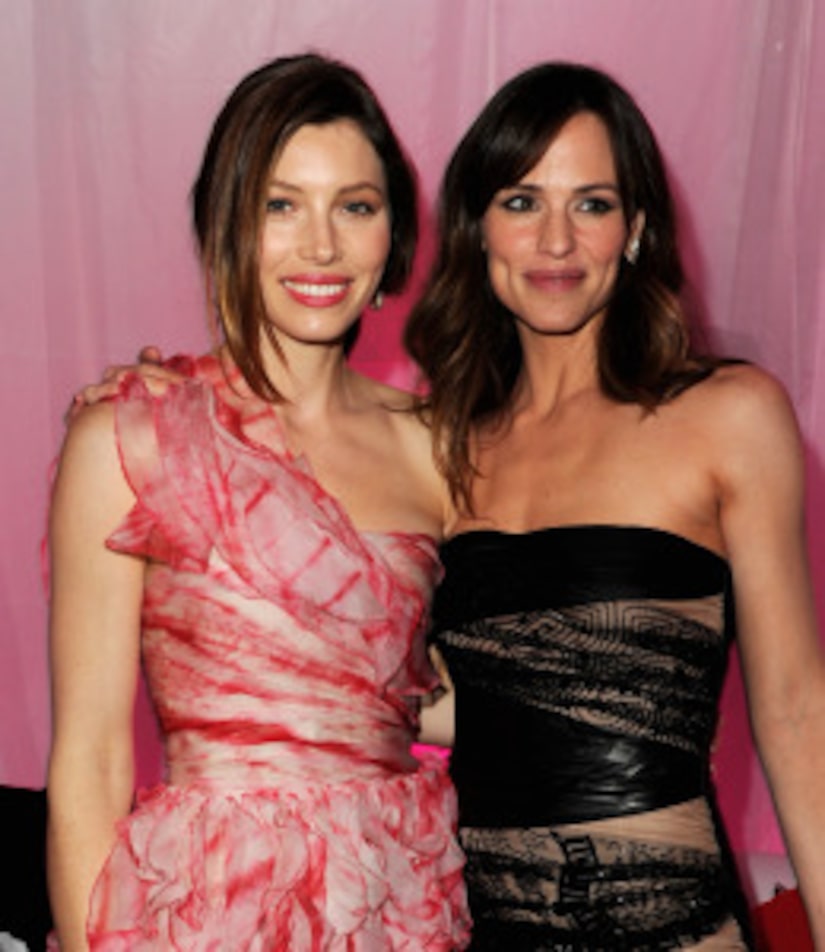 "We're gonna work on that," Marshall said of the idea of doing a remake. "My sister Penny and Cindy are gonna have a guest cameo. They're gonna walk "schlemiel, schlemazel" -- or they're gonna get tired in the middle and sit down."

Mario asked Garner if she would be down to star in the picture and she replied, "Are you kidding? We're dying to do it!"

Then he asked the stars if they knew the show's famous theme song, and Jennifer replied, "We're gonna do it..."

"And they do this. Dah, dah. Dah, dah. Something incorporated," added Biel.