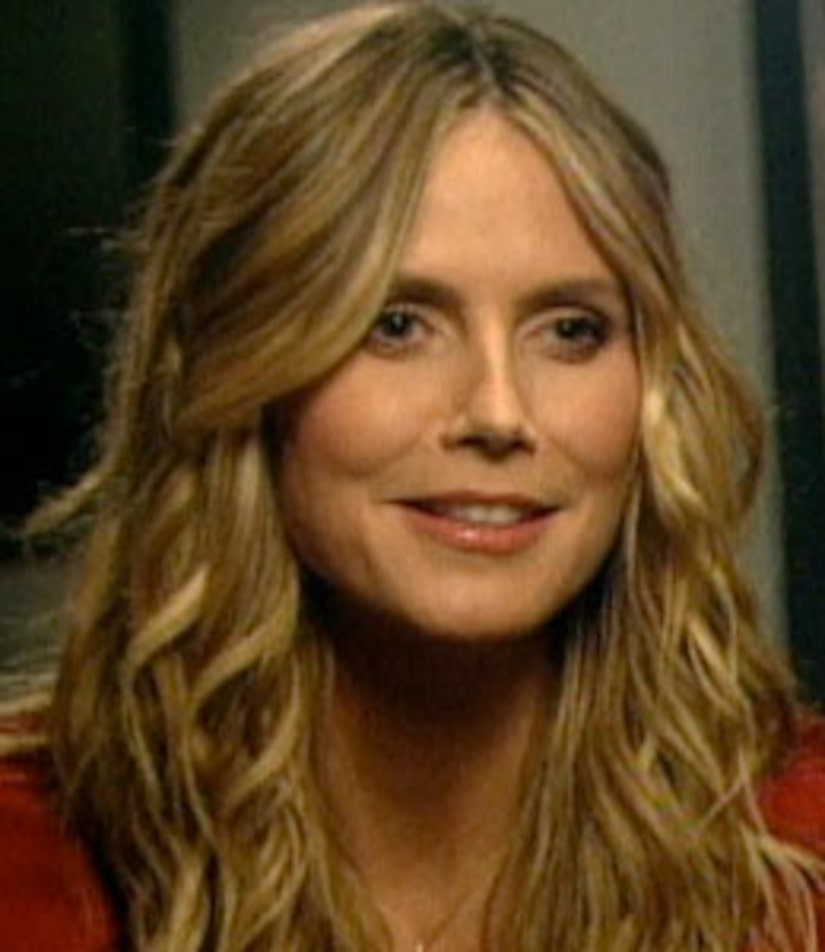 "Extra" is talking to Heidi Klum about her brand new baby, her new fashion show and Valentine's Day.

Klum tells "Extra" that newborn daughter Lou is "great," but she doesn't want to leave mama's side. "I mean it's a little bit hard because she's very attached to me still. She doesn't drink from the bottle," Klum confessed. "That's a little bit of an issue right now!"

Klum continues to stay busy and is participating in The Heart Truth's Red Dress Collection Fashion Show on Feb. 11.

"It's my third year I'm doing this and we get all these amazing women together," Klum says. At the show, women wear one-of-a-kind red dresses designed by America's top designers and raise awareness for women's heart health.

See photos of Heidi and other stars at the Grammys

The supermodel mogul also revealed she will be apart from hubby Seal for Valentine's Day this year. "I'm not going to be with him, I'm going to be in New York for fashion week," she says.

Klum says she's making it up to her husband of four years with a homemade package.