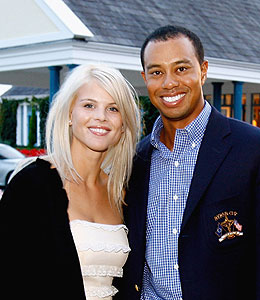 Is Elin Nordegren ready to forgive Tiger Woods for his many infidelities?

Radar Online reports that Nordegren, 30, visited Woods, 34, at Gentle Path in Hattiesburg, Mississippi, where the golfer is reportedly in a sex addiction rehab program.

See all the women who have been linked to Tiger

"The marriage is not over. They both want to save it," a source familiar with the situation tells Radar.

Elin reportedly spent several days with her husband last week, participating in his treatment. Mrs. Woods then allegedly flew home to Florida by private jet -- with security team to keep her visit under wraps.

News that Elin may be trying to repair her marriage comes as yet another woman is linked to the philandering PGA star. Emma Rotherham, 42, is the latest woman to be named as a Tiger GF -- British tabloid The News of the World reports that the Florida native was paid nearly $500,000 to keep quiet about their alleged affair. 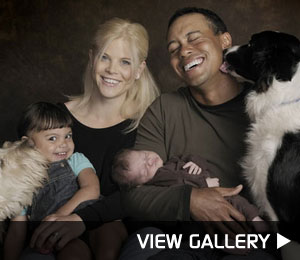