A new face was added to last night's late-night lineup when Jennifer Lopez stepped in as "guest host" on "Lopez Tonight."

During her monologue, Jennifer mocked the NBC war between Jay Leno and Conan O'Brien. "Welcome to 'Lopez Tonight,' where nobody gets fired, they just get replaced by a bigger star with the same last name..."

The actress didn't hold back while poking fun at the feud, saying, "Last week was the first anniversary of Sully Sullenberger landing his plane safely in the Hudson. A bar in New York has named a cocktail after him. The drink is a Manhattan -- with a splash. The problem is a bunch of other pilots keep drinking the Sully before takeoff. It's such a big hit, now the same bartender is making a drink for Conan. It's called the Go-Back-to Manhattan... it's a Manhattan with sour grapes and a knife in it."

George Lopez responded to Jennifer Lopez's takeover, saying, "Wasn't she amazing? Orale, Jennifer Lopez! I guess that's what it feels like to be Conan."

Catch "Lopez Tonight" only on TBS. Check your local listings.

Check out pictures of J.Lo through the years! 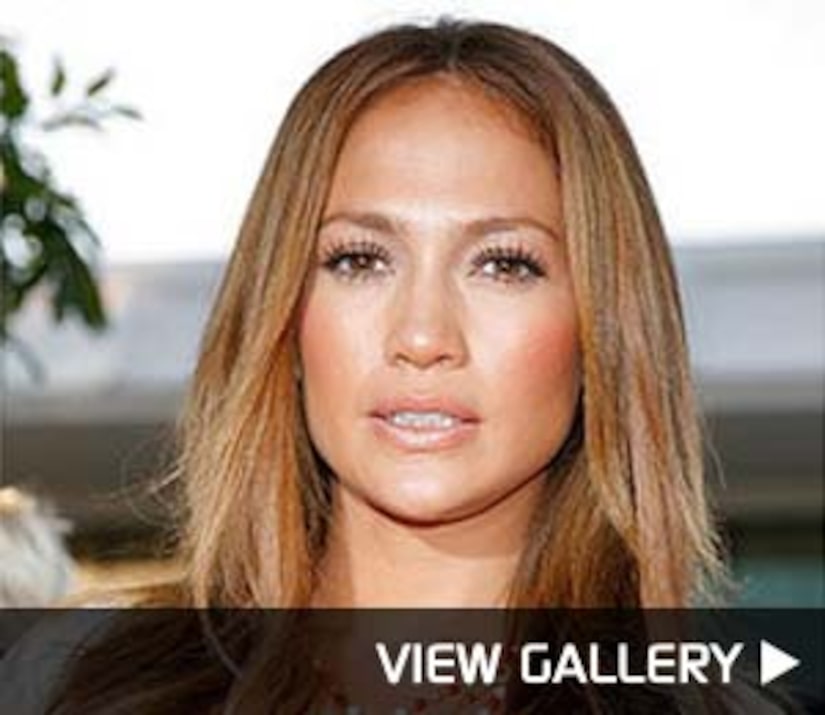