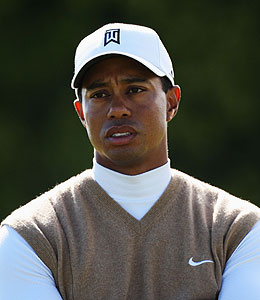 It's confirmed -- Tiger Woods is looking to help the victims of the Haitian earthquake.

The president of the Tiger Woods Foundation, Greg McLaughlin, tells the Associated Press that the golfer's staff is currently evaluating the best way to help the Haitian people, devastated by a 7.0 earthquake on Tuesday.

Woods, 34, has been out of the spotlight since news of his affairs surfaced.

Russell Simmons told the NY Daily News that the golfer could spend upward of $3 million on "sending a mobile hospital with 50 EMTs to go set up a triage," but McLaughlin tells AP that he hasn't received any information from the hip-hop mogul.

Tiger isn't the only celebrity thinking big in terms of Haiti; it was announced today that supermodel Gisele Bündchen wrote a check Thursday for $1.5 million to the Red Cross Haitian relief effort.

New mama Gisele "was so moved, she knew she had to do what she could to help," a friend of the model tells People magazine.

Check out a list of charities sending aid to the Haitian people here -- and find out how you can help.