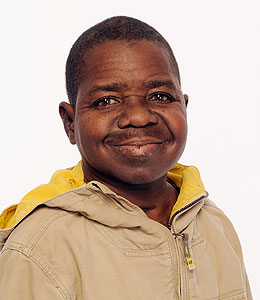 Gary Coleman has been hospitalized in Los Angeles, his rep confirms to "Extra."

According to his people, Coleman, 41, was transported to a hospital after suffering a seizure. His rep, who said the actor "was out of sorts," called an ambulance.

Coleman is in town promoting a new film.

Gary Coleman has undergone two kidney transplants; one in 1973 and one in 1984, and reportedly requires daily dialysis.

The hospitalization was first reported by TMZ.