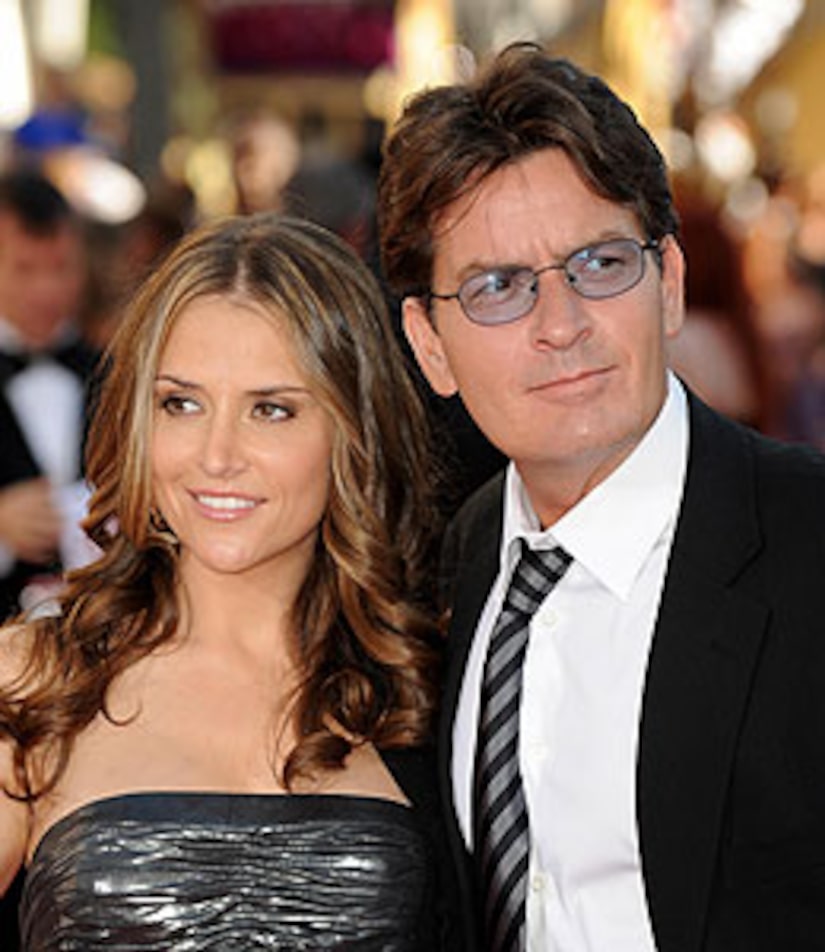 Brooke Mueller's mother has confirmed that her daughter wants to "reconcile" with husband Charlie Sheen.

"She hasn't spoken with him," Moira Fiore says to E! News. "But she wants to reconcile with him."

On Christmas Day, Mueller, 32, called the police on Sheen, 44, claiming that her actor hubby pulled a knife on her and threatened her life. Sheen was arrested and posted bail and was released.

Fiore tells E! that while she thinks Brooke and Charlie will work things out, she still has hesitations about the relationship. "I have mixed emotions about it," Moira admits, saying that if she offered advice to her daughter that Brooke "won't listen" to her mother.

Lawyers for both Sheen and Mueller are scheduled to attend a court hearing today.

Following the arrest, child welfare officials looked into the living conditions of Charlie and Brooke's twins. They've concluded their investigation, saying that Brooke appears to be "an excellent mother."

Sheen returned to work on "Two and a Half Men" today in Los Angeles.