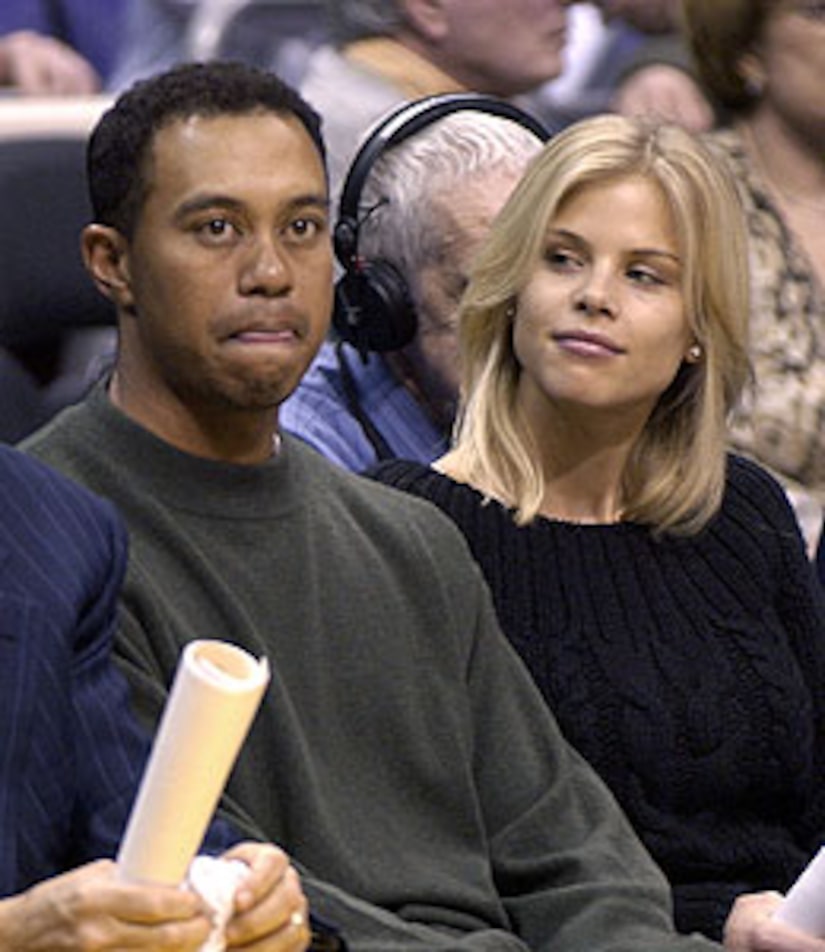 An explosive new report today paints a picture of the night that Tiger Woods crashed his car outside his Florida home -- but the golfer's agent tells "Extra" that the story is an "Internet hoax."

"It is patently false," Mark Steinberg tells "Extra" of a report that claims Tiger's wife Elin Nordegren allegedly smacked the PGA star on the head with a nine iron after finding a text message from alleged mistress Rachel Uchitel, requiring the golfer to undergo plastic surgery.

See all the women Tiger has been linked with

According to the account written by sportswriter Furman Bisher, doctors at the hospital allegedly told Tiger that he had to fly to Phoenix to meet with a plastic surgeon and fix his face -- which is why Tiger didn't meet with police directly after the accident.

Us Weekly's Ian Drew says the details of the story -- real or not -- are disturbing. "He turned to look at the TV... and then looked back... and Elin gashed him with a nine iron," Drew says. "The thing that makes this story so believable is that it does make sense."

Bisher, a famed columnist, claims to have heard the blow-by-blow account from an IMG agent who works with Steinberg. Some writers on SportsJournalists.com believe that the writer was duped.

The report concludes with the prediction that Tiger will stay out of the public eye for at least another month, allegedly still healing from the argument and accident.

When rumors began circulating that Elin may have been involved in the accident, the golfer released a statement blasting the public's "malicious lies."

He says, "Although I understand there is curiosity, the many false, unfounded and malicious rumors that are currently circulating about my family and me are irresponsible. The only person responsible for the accident is me...My wife, Elin, acted courageously when she saw I was hurt and in trouble. She was the first person to help me. Any other assertion is absolutely false...this incident has been stressful and very difficult for Elin, our family and me."

Tell "Extra" -- Do you believe this account of what allegedly happened between Tiger and Elin?