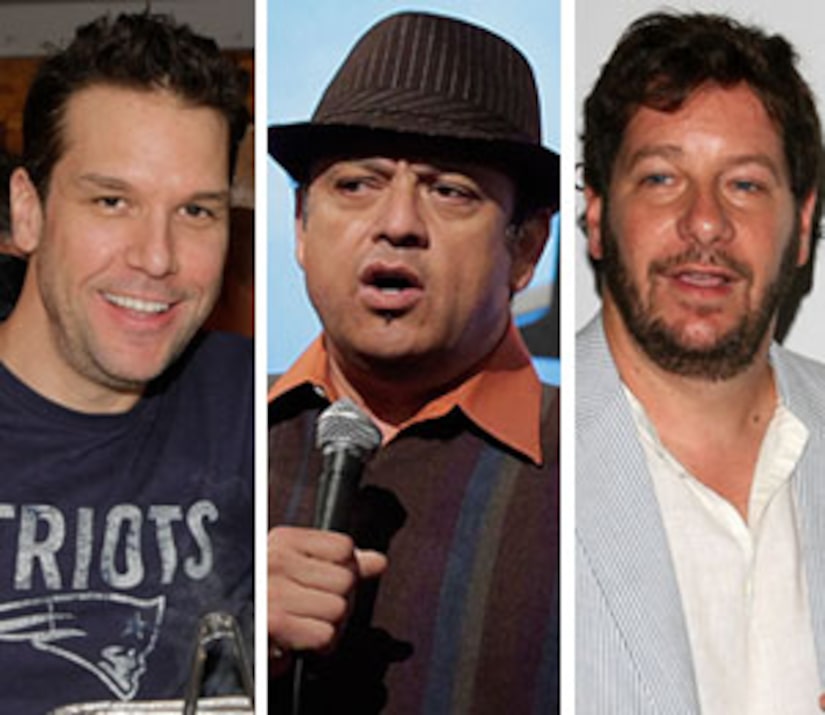 The comedy club opened its doors on Dec. 25 for the Annual Toy Giveaway and Free Christmas Dinner. Meals were served four times during the day and guests were able to enjoy a live comedy show while they ate their meal.

See our Stars Give Back photo gallery

Jeffrey Ross tells "Extra," "This is the greatest crowd with the biggest laugh." He adds, "They are the most grateful." Ross, who competed on season 7 of "Dancing with the Stars," says he even delayed his flight on Christmas day so he could perform at the annual event.

See photos of stars in the holiday spirit

Since its inception in 1979, the Laugh Factory has fed over 150,000 people through its annual Thanksgiving and Christmas dinners and has given away more than 15,000 of toys to needy children.