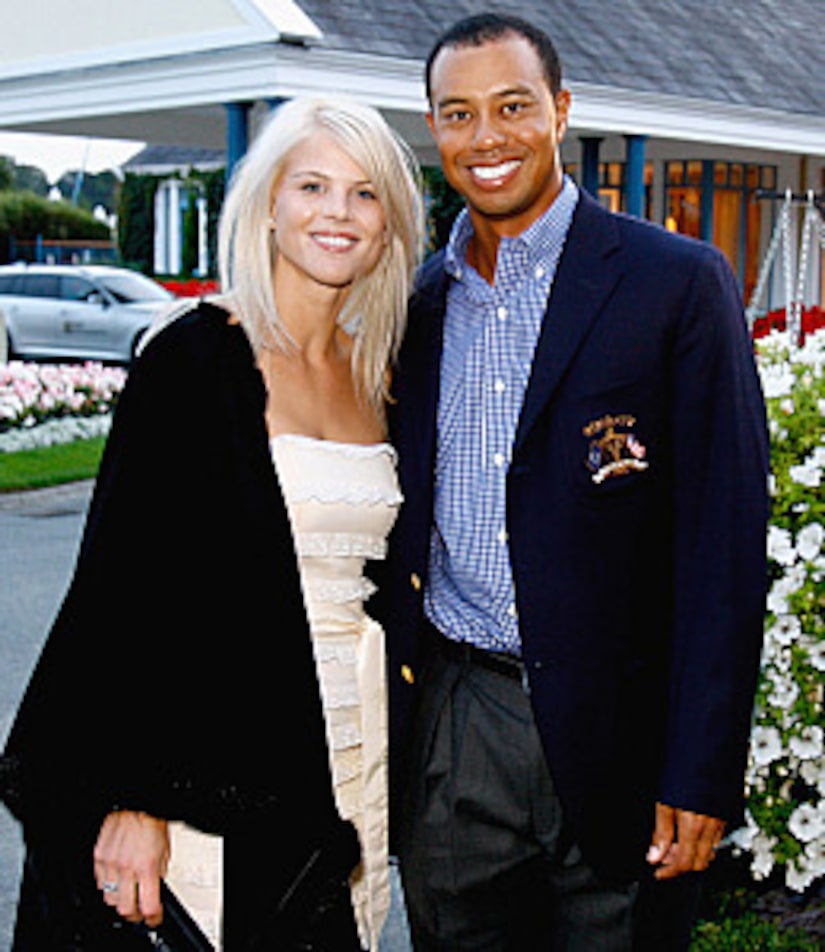 Elin Nordegren is reportedly lawyering up ahead of her divorce from Tiger Woods.

Look back at Tiger and Elin's happier times

Nordegren is taking their two children, Sam, 2, and Charlie, 10 months, to her native Sweden for the holidays, People.com reports.

"Elin is going to Sweden soon," the source tells the magazine. "Two stewardesses and one pilot are in Sweden with the plane now getting it ready to come pick them up."

She had originally intended to make a trip home in January -- before her husband was linked to 14 women. She pushed up her travel plans.

A source tells People that Nordegren plans to split her time between the United States and Sweden, where she recently purchased a $2.3 million home outside Stockholm.