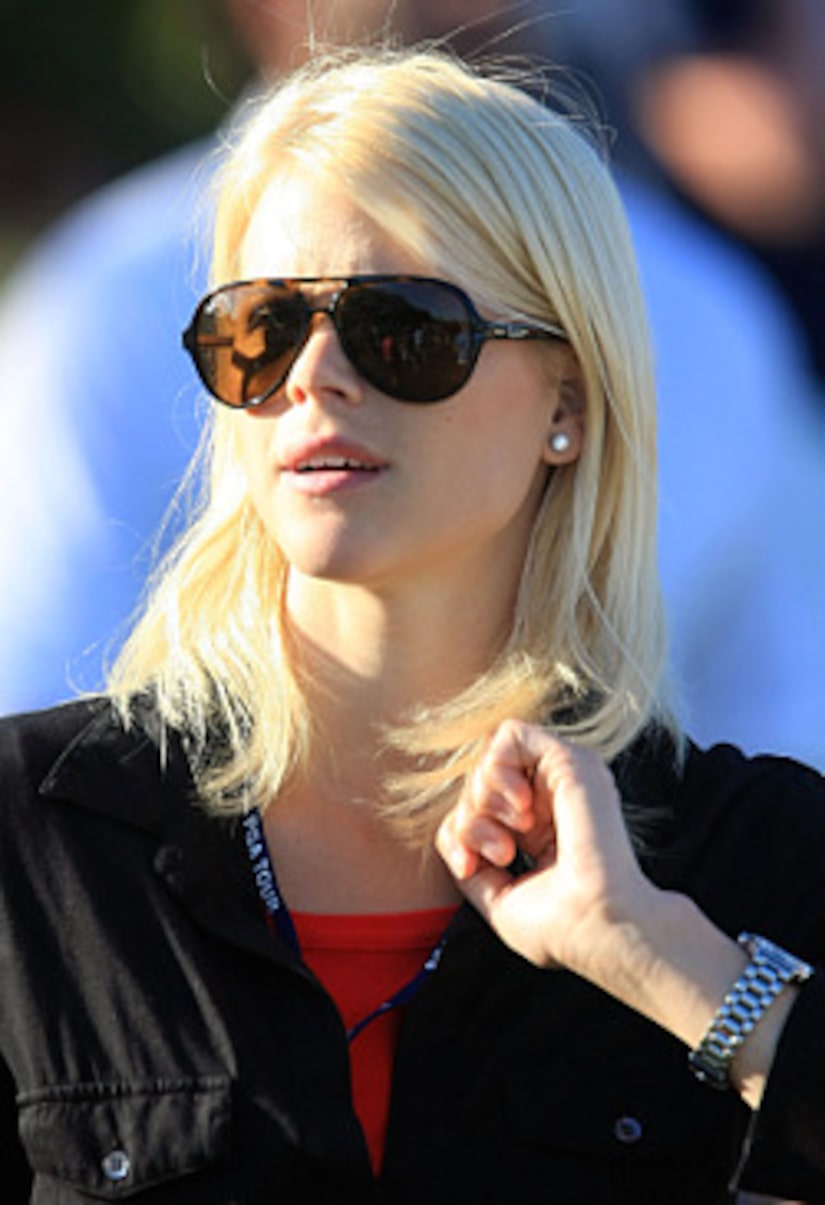 Elin Nordegren won't be appearing in ads for Puma despite a false report.

"To correct recent news headlines, PUMA has no plans to engage in a brand sponsorship agreement with Elin Woods," a rep for the company tells "Extra."

On Tuesday, reports surfaced that Nordegren would endorse the athletic brand just to spite her husband Tiger Woods, a longtime Nike spokesman.

Nordegren is reportedly about to divorce her husband, who has been linked to 14 women.

She's made up her mind," an insider told People magazine. "There's nothing to think about: he's never going to change." (Indeed, Us Weekly reports he's still in contact with Rachel Uchitel.)

A moving truck and two utility vehicles were spotted at the family's Florida mansion Tuesday, where carefully covered art was removed. Nordegren briefly stopped by the home with her children, Sam, 2, and Charlie, 10 months.

Woods is apparently staying out-of-state with a pal, according to the New York Post.